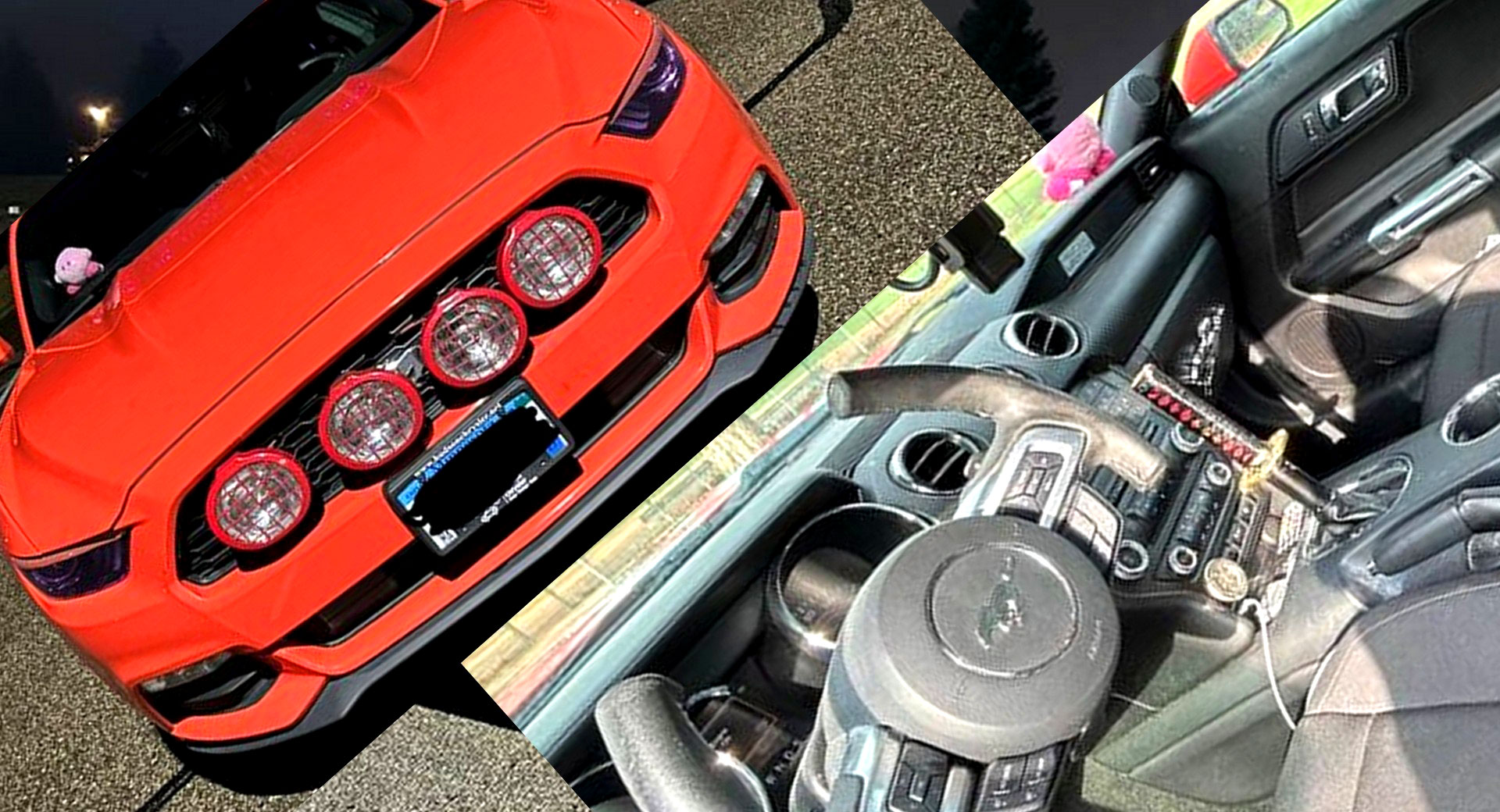 The used car market is certainly seeing some wild things lately but for the most part, it’s the prices that are shocking. One 2015 Ford Mustang V6 is bucking that trend though. It’s also surprising but more so because of the seller’s personal taste and demands surrounding its sale.

Listed on Facebook Marketplace, the bright orange sports car is evidently located in Minnesota, and has 69,629 miles on it since new. The ad says that it’s in great condition and the pictures seem to support that comment. To put it lightly though, this Mustang has a number of unique touches but we wonder if they add to or detract from its value.

Take a longer look at the exterior and you’ll see that the car is “debadged, and wrapped in carbon fiber” though from what we can tell it’s just the rear bumper that has fake carbon fiber wrap on it. The rear window provides far less functional visibility thanks to ‘scoop louvers’ and the rear tail lights look dimmer as they’re ‘smoked.’ 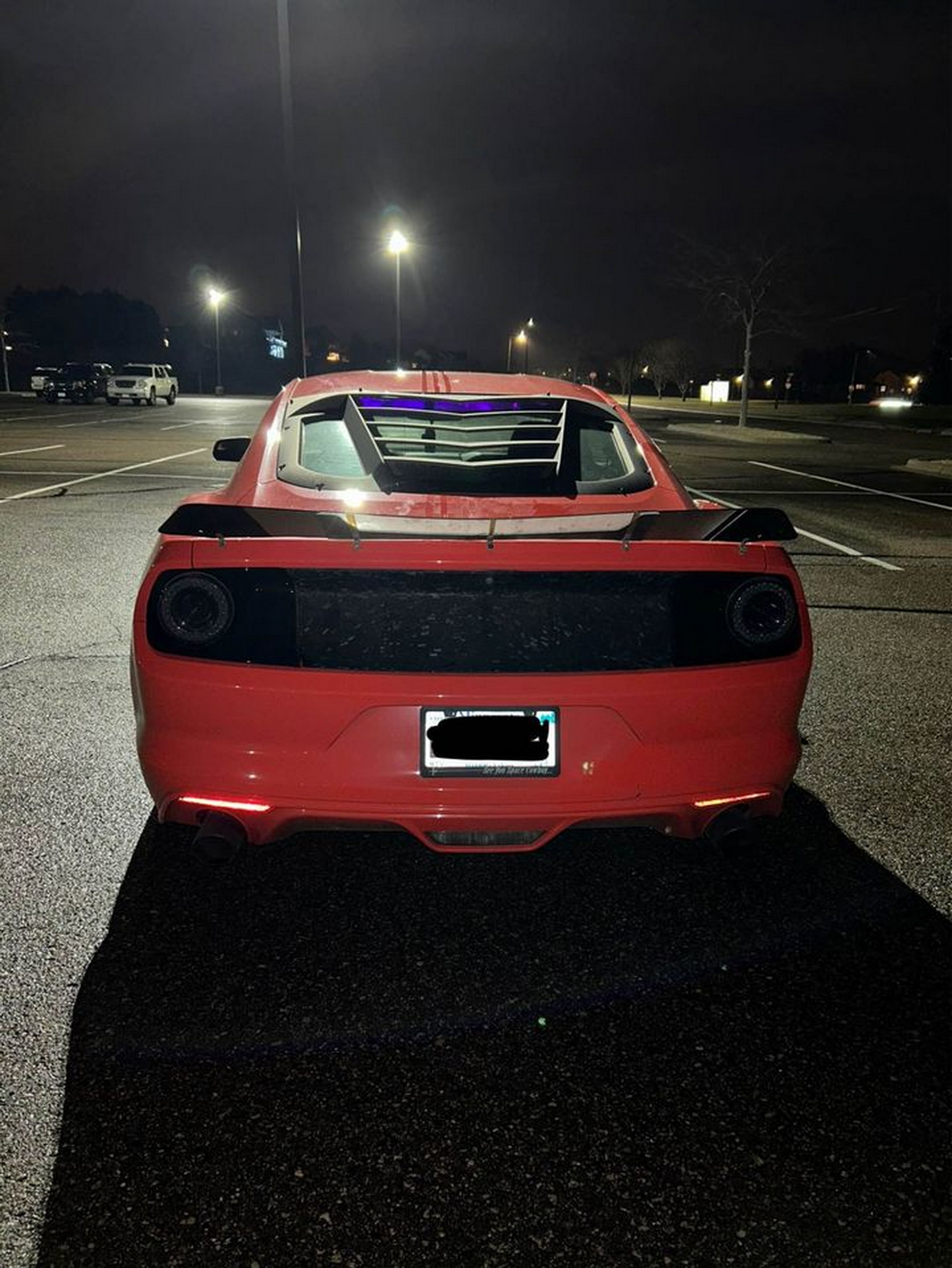 If you’re a Mopar fan you’ll be happy to note that the only spoiler good enough for this Ford owner is a Wicker Bill SRT model that doesn’t actually seem to fit. We wonder why. Inside of the cabin, the changes are somehow even more debatable.

The steering apparatus is no longer a wheel and looks more like a steering yoke since the top and bottom have been cut out completely. The headliner has been replaced with a sincerely decent-looking Starlight-esque version. There’s a unique cover for the start button too. Nothing looks as silly though as the Katana-esque automatic shift lever. 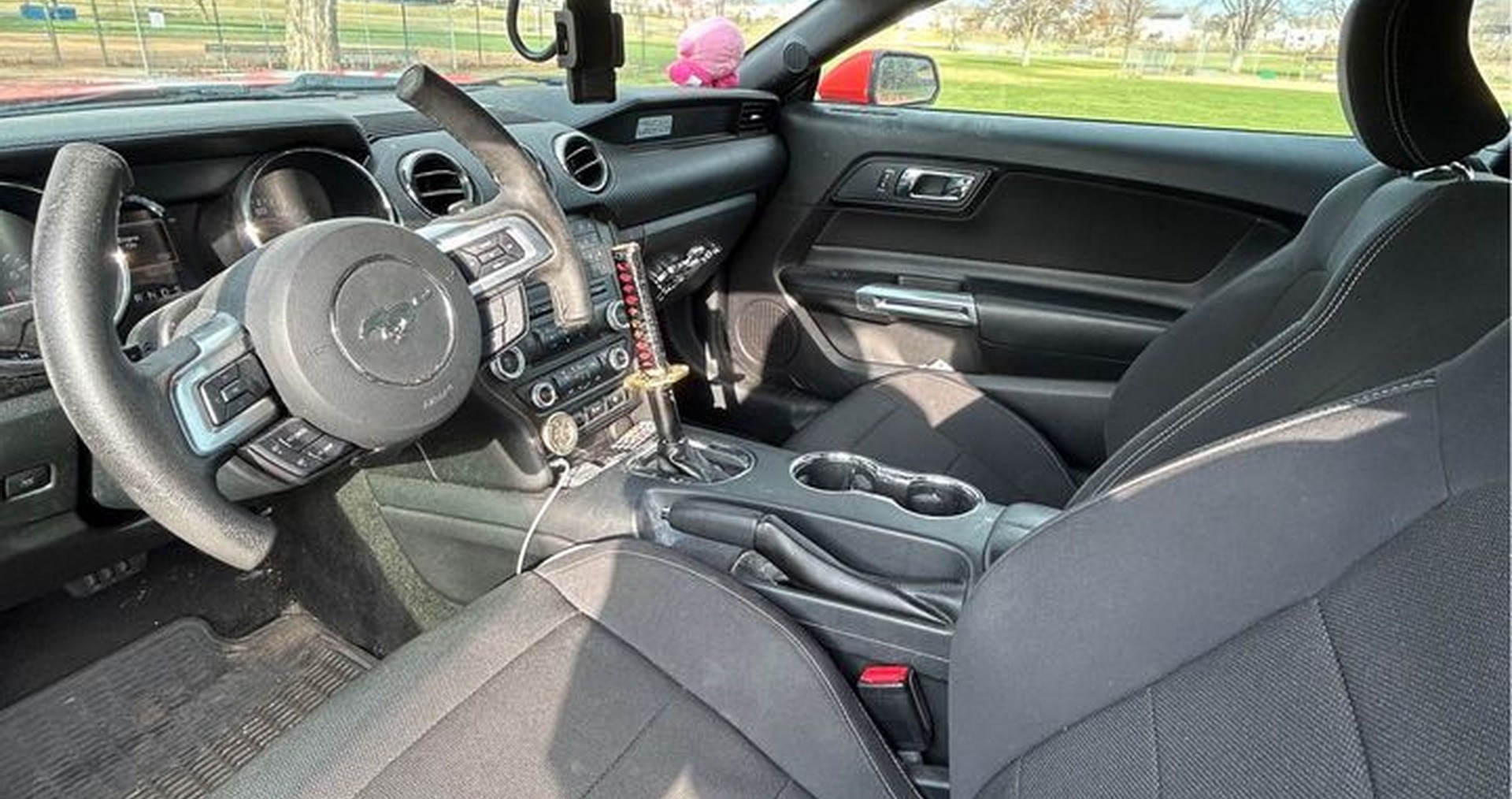 If you’re worried that the seller might have questionably modified the engine don’t worry, it’s a stock V6 according to the ad. It seems evident that power and speed weren’t too high on the seller’s priority list seeing as the money they spent on all of these mods might have been enough for them to bump up to the V8 model.