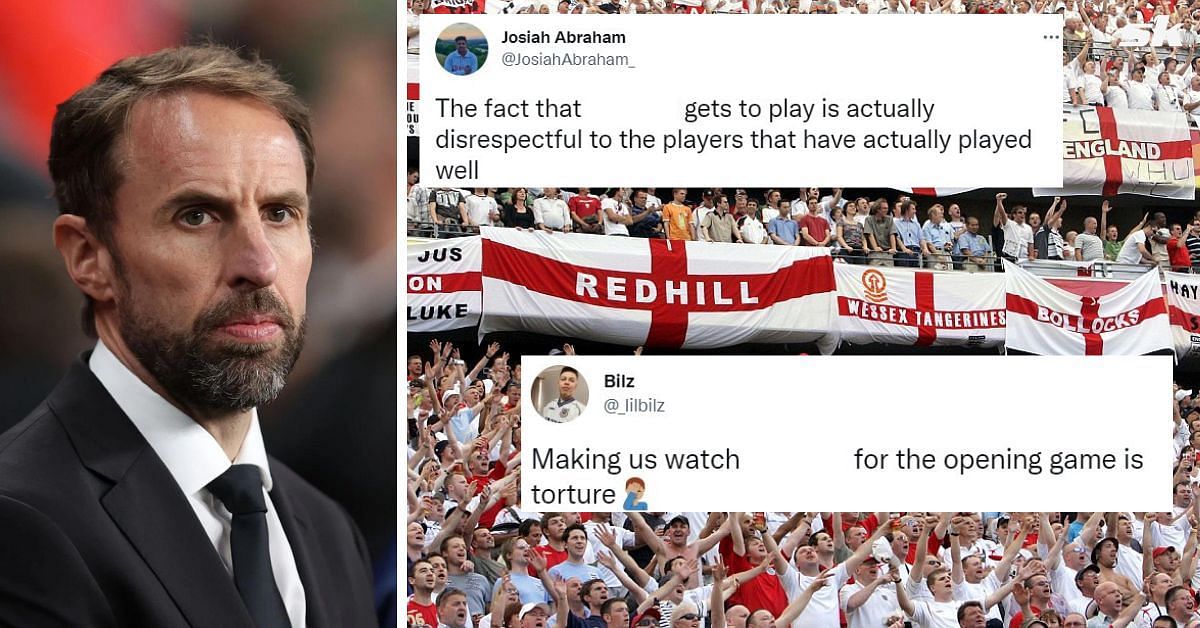 Many England fans have been left frustrated as Gareth Southgate named Harry Maguire in England’s starting line-up to face Iran in their 2022 FIFA World Cup opener.

England will lock horns with Iran in their first group-stage match of the FIFA World Cup today (21st November). They will be hopeful of getting their campaign off to a winning start at the Khalifa International Stadium.

With less than an hour to go until kick-off, the Three Lions have named their starting line-up for the match. Manchester United defender Maguire has notably earned a place in the first XI.

However, a host of England fans is not pleased to see the centre-back start against Iran. A section of supporters has even taken to social media to express their frustration.

Here is how the Three Lions fans reacted to the news on Twitter:

Making us watch Maguire for the opening game is torture🤦🏽‍♂️

Making us watch Maguire for the opening game is torture🤦🏽‍♂️

“Maguire starts, [Mason] Mount instead of [Phil] Foden, very sporting to give the opposition a chance to win!”

“The fact that Maguire gets to play is actually disrespectful to the players that have actually played well.”

@paddypower Maguire? England is not serious about this tournament

@paddypower Maguire? England is not serious about this tournament

@mxnciteh Maguire in a back 4 brev, we’re finished

@mxnciteh Maguire in a back 4 brev, we’re finished

It is worth noting that Maguire has been preferred over the likes of Ben White by Southgate. It now remains to be seen if the defender can repay the manager’s faith by helping his team to a win against Iran.

The 29-year-old notably struggled for form in the months leading up to the FIFA World Cup. He has just made nine appearances across all competitions for Manchester United this term.

Maguire fell down the pecking order under Erik ten Hag after he struggled against Brighton & Hove Albion and Brentford in the team’s first two league games. He has only started one top-flight match since.

Who else are starting for England in their FIFA World Cup opener?

Everton’s Jordan Pickford has been chosen over Aaron Ramsdale and Nick Pope to start in goal. Meanwhile, Luke Shaw, John Stones and Kieran Trippier will play alongside Maguire in defense.

Southgate appears to have decided to deploy a three-man midfield, with Declan Rice, Jude Bellingham and Mason Mount his players of choice. The likes of Jordan Henderson, Conor Gallagher and Kalvin Phillips have to settle for a place on the bench.

Captain Harry Kane will lead the line for England, with Bukayo Saka and Raheem Sterling playing alongside. Southgate could also bring in the likes of Phil Foden, Jack Grealish and Marcus Rashford if need be.