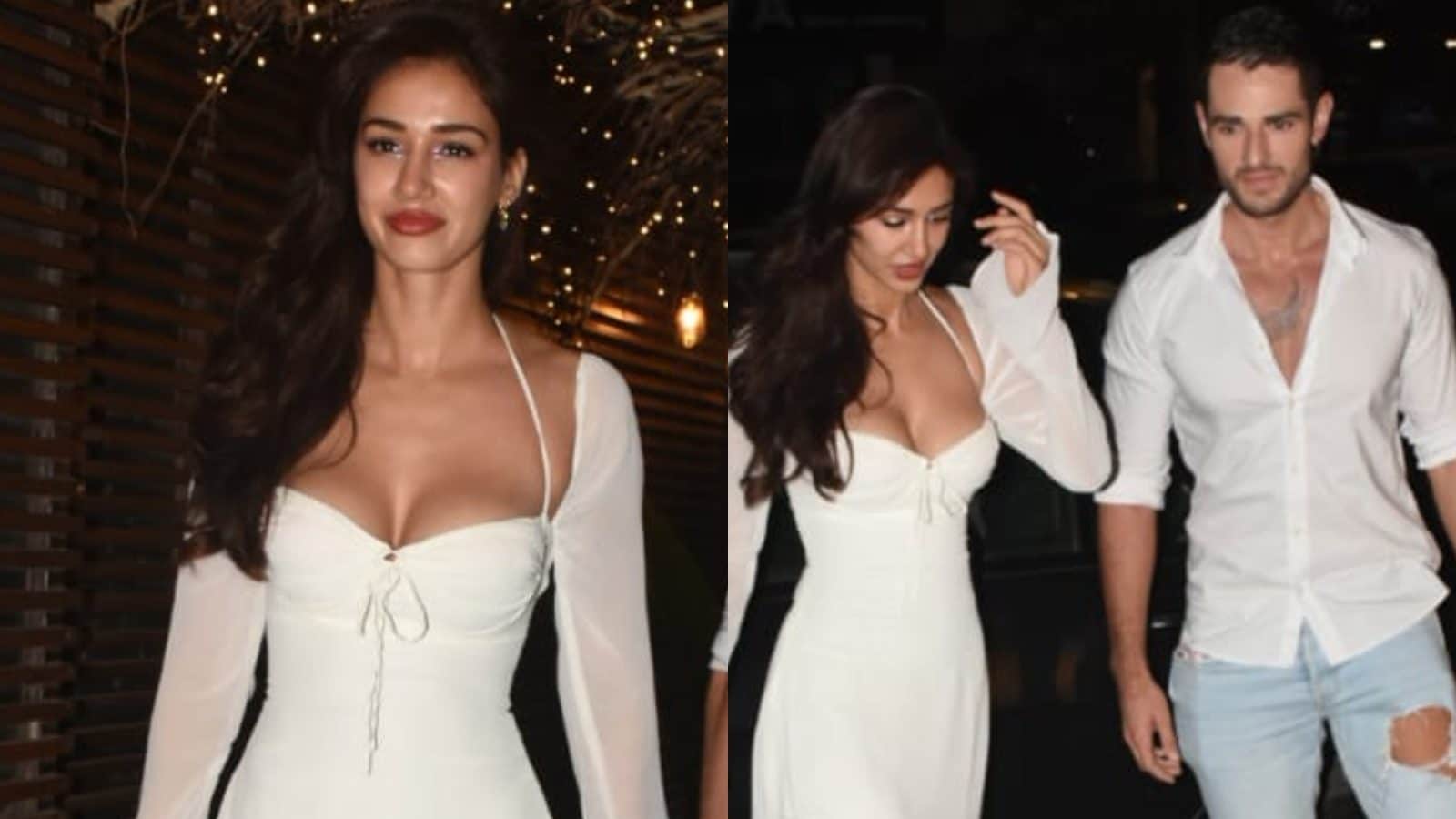 Disha Patani on Tuesday sent netizens into a frenzy as she was once again spotted with her gym trainer Aleksandar Alex Ilic in Mumbai. The actress arrived at actor Kartik Aaryan’s birthday party, where she brought Aleksandar as her plus one. The duo reached the venue by the same car.

Even though Disha and Aleksandar did not pose together for the paparazzi at the venue, they were clicked while getting down from the car. Disha separately posed for the paps before heading inside the venue. The actress looked sizzling as she flaunted her cleavage in a skintight white mini dress. Photos and videos of the actress arriving at the party have surfaced on social media.

Tiger Shroff’s fans also reacted to Disha’s closeness with her gym trainer. One user wrote, “Is she not dating Tiger anymore?” Another one said, “Save Tiger please.” “Who is this new boy?” ask a third user. Disha and Tiger reportedly parted ways a few months back.

Disha Patani has been in the news of late for her alleged break up with actor Tiger Shroff. For the unversed, Aleksandar is Disha’s gym buddy and also a close friend. The actress features in a number of photos on his social media handle and the two seem to be the best of friends, going on vacations and spending quality time with each other.

Aleksandar also marked his web series debut with ‘Girgit’ and during the promotions, he had shared how Disha had helped him with learning Hindi for the show. Meanwhile, Disha and Tiger have refrained from commenting on their alleged relationship and breakup. There were reports that the two called it quits after dating for six years but remained cordial and good friends, with no hard feelings involved.