Workers in Surat’s famous diamond cutting and polishing sector, reeling under the twin problems of unemployment and low wages amid the ongoing Russia-Ukraine conflict that has snapped the supply of rough stones, appear to be looking at the Aam Aadmi Party’s (AAP) manifesto with interest. The party’s promise of 300 units of free power is the most talked about, followed by its initiatives in free education and healthcare.

At Gayatri Society, a hub for cutting and polishing units in the ‘diamond city’ and an area which falls under the Varaccha Road Assembly segment, a large section of workers are tilting towards the new entrant. “The AAP, hitherto insignificant in Gujarat, has made promises that speak to the heart of diamond workers here,” Shaileshbhai Malani, who was busy polishing a tiny diamond in a workshop on the second floor of a building, said.

He said that the manifesto of the party appealed to them with its slew of freebies, while Prime Minister Narendra Modi has been openly speaking about ending the “ revdi culture”. “The prices of essential commodities are skyrocketing, but our salaries have remained the same. Many of us are even uncertain about our job since there is no supply of rough stones from Russia,” Vijay, another worker employed as a polisher, said.

A majority of the workers in the diamond cutting and polishing sector, who make up a substantial part of voting landscape here, belong to the Paridar community, and were once considered staunch BJP voters, but they are now venting their ire on the ruling party for not coming to their rescue in their hour of difficulty.

There are over four lakh diamond polishing and cutting workers in the city. Of them, nearly 80,000 workers voters in the Varachha Assembly segment, which has already supported the AAP in the Surat civic polls. “We are going to get their unconditional support. The workers are with us,” Alpesh Katariya, the AAP’s candidate for the Varachha Road Assembly seat, said.

Read | How are political parties placed a month before the Gujarat Assembly elections?

This time, diamond cutting and polishing units were closed for more than a month for Deepavali, which is unusual and will definitely have an impact on the forthcoming elections, Kishore, a worker waiting at Heera Bazaar junction, said. “The workers had left for their hometown for Deepavali and many are still waiting for calls from their employers to come back to the city. They are not getting calls due to lack of work orders,” he said

Recently, the AAP’s Rajya Sabha MP Raghav Chadha held a meeting with workers and said that workers in the diamond industry could make a difference. 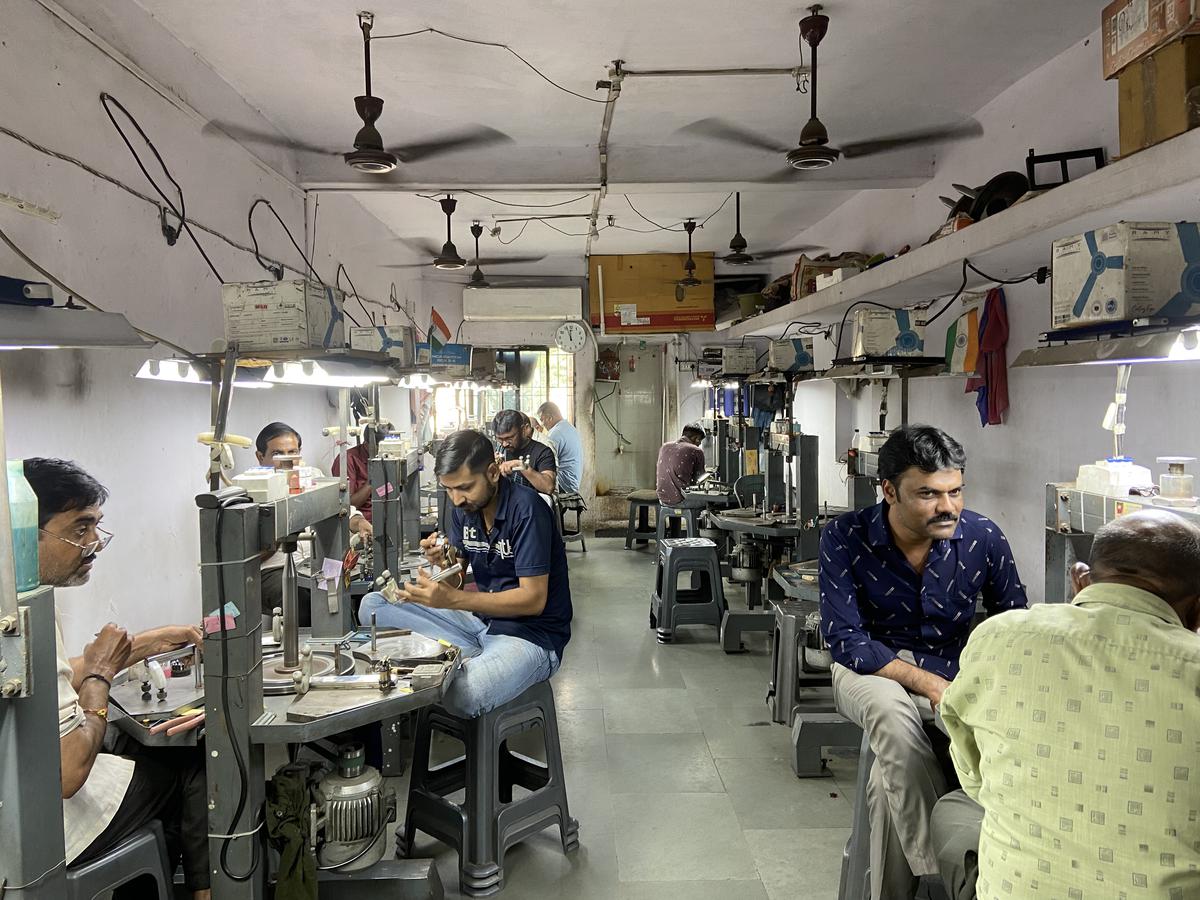 When contacted, the BJP’s official spokesperson Yamal Vyas said the party was aware of the workers’ current mood, and its committee members and other party workers were trying to address their concerns.