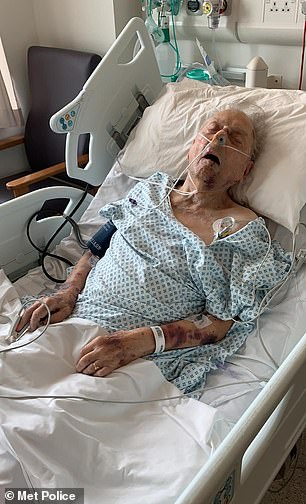 EXCLUSIVE: Police investigating death of war hero, 98, who was brutally beaten for £20 TV in his London home in 2018 charge man with burglary after four-year probe

By Dan Sales For Mailonline

Detectives investigating the death of war hero Peter Gouldstone, 98, four years ago following a home burglary for a £20 TV have charged a homeless man.

Mr Gouldstone suffered severe injuries including two bleeds to the brain and extensive bruising during a break-in at his home in Enfield, north London.

He was found dying at 10am on November 6, 2018 and was taken to hospital but died a few weeks later.

Police had released a CCTV clip of three men trying to break in to another house near his home on the same evening, November 5.

But until now there had been no charges and four agonising years had passed for the victim’s family.

Now MailOnline can disclose a homeless man, Nicolae Ion, 31, is in custody charged over the burglary.

He is due to appear at Snaresbrook Crown Court on November 2 over the alleged offence. 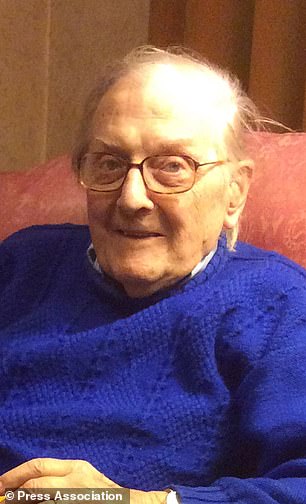 Peter Gouldstone died a few weeks after his home in Enfield, north London was raided 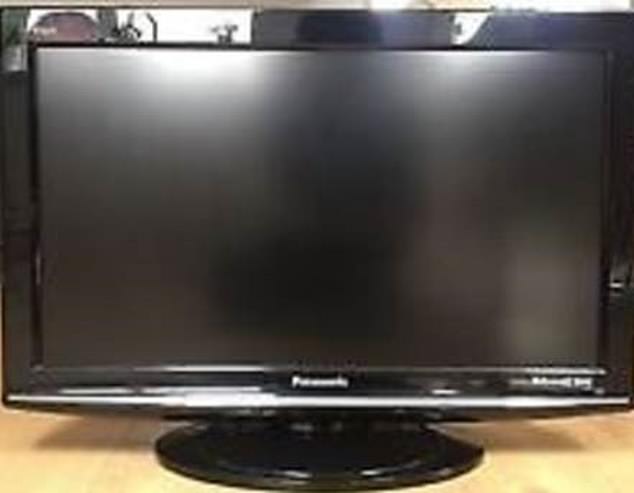 In the raid that cost Mr Gouldstone his life, burglars made off with a £20 Panasonic TV

The police confirmed to MailOnline: ‘The charge relates to a burglary at the home of 98-year-old Peter Gouldstone on Evesham Road, Enfield between Monday, November 5 and Tuesday, November 6, 2018.

There had been a £10,000 reward on offer for information leading to the arrest and prosecution of the men who broke into Mr Gouldstone’s home, where he had lived for more than 60 years.

A 26in Panasonic TV, model TX-L26X10B, and other personal possessions were stolen during the robbery. 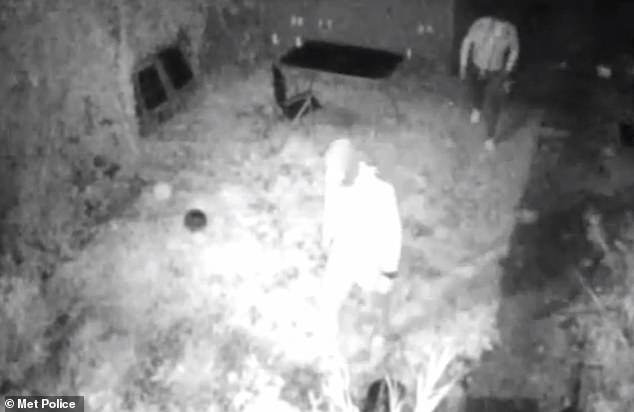 Three men were seen trying to break into a house in Enfield before another home, that of Peter Gouldstone, was broken into, leaving him with severe injuries which led to his death 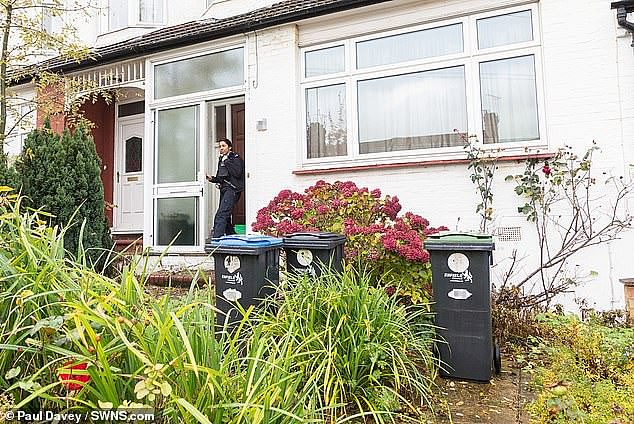 Mr Gouldstone served in Italy during the Second World War before working for the Post Office as a telephone engineer, retiring around 1980.

After the attack his son Simon told reporters: ‘The house was very cold, he was in amongst quite a lot of turmoil. He couldn’t communicate, he had bruising on his arms and face.

‘I don’t know how they can live with themselves. The sooner they’re locked up the better.’

Police released a picture of the Panasonic television taken in the raid. The same type of TV can be bought second-hand on eBay for £20.