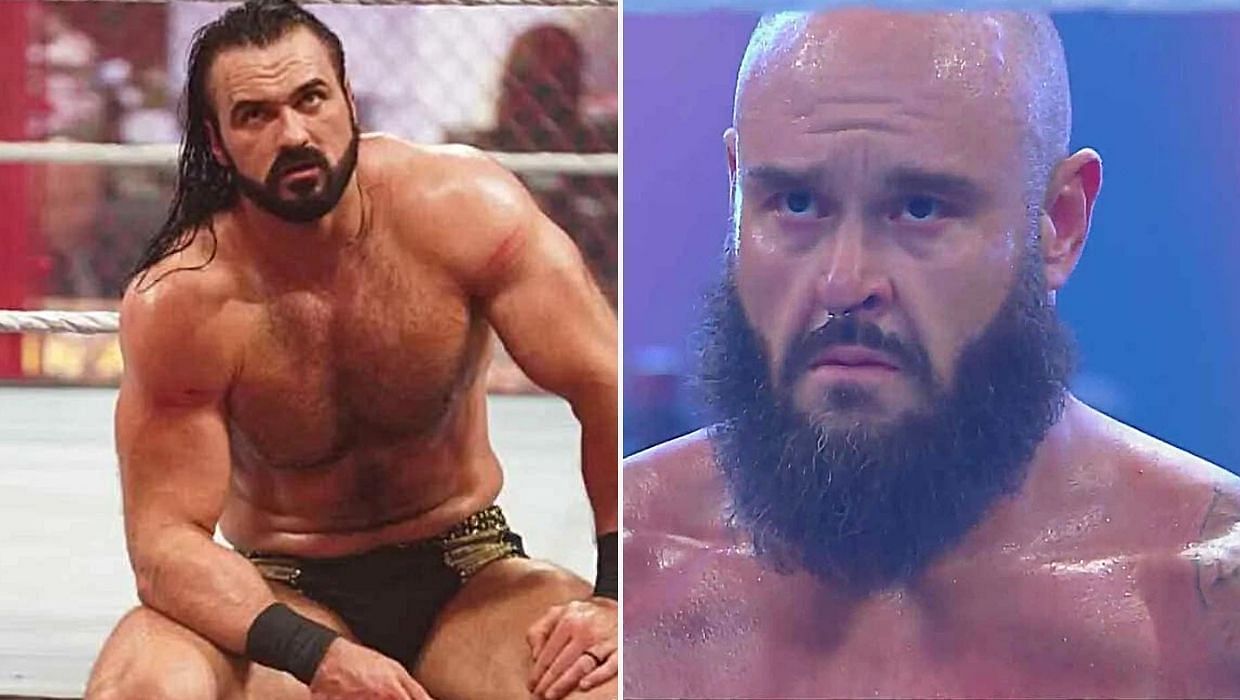 Welcome to another edition of the daily WWE Rumor Roundup, where we aim to bring the biggest rumors and updates from the world of sports entertainment. In today’s edition, we will look at some exciting stories revolving around top names like Drew McIntyre, GUNTHER, and Braun Strowman.

Intercontinental Champion GUNTHER has been booked strongly since Triple H took over as the creative head. However, the original plan was for him to be ‘buried’ on SmackDown and send him packing to NXT. Apart from that, we will also look at the major praise being garnered by Drew McIntyre backstage.

#3. Drew McIntyre being commended for his work in WWE

PWInsider has reported that the former WWE Champion is being lauded for his commitment to the company. McIntyre has been working a packed schedule, despite being sick with the flu.

It was reported that McIntyre was feeling unwell before his match against Karrion Kross at Crown Jewel but refused to back out.

“There were quite a few people praising Drew McIntyre for his commitment to the company as he went from The United States to Germany and Switzerland for Smackdown shows, then onto Crown Jewel in Saudi Arabia, then India to film what was described as a “movie role” the company set up with Sony, then flew right back to the United States to work the Smackdown taping, then a pair of live events, so he was on the road for several weeks straight for WWE-related appearances.”

The Scottish Warrior has grown to become one of the most reliable superstars in WWE today. Not only does he continue to produce quality matches inside the ring, but his attitude toward his work also shows how hardworking and dedicated he is.

The Monster of All Monsters seems to have come under the management’s radar after his comments against certain wrestlers on Twitter. Fightful Select has stated that the heat on him is legitimate. While he has been well-behaved backstage, his social media comments have not gone well with some.

One person who Fightful spoke to called Strowman’s actions immature. The former Universal Champion took to Twitter to take a jab at the high-flying superstars, calling them ‘flippy-floppers,’ saying that ‘Giants and Monsters’ like him are better than the smaller superstars. He has since deleted that Tweet, which was likely made in jest.

#1. GUNTHER was to be ‘buried’ and sent back to NXT

WrestleVotes has revealed that former WWE Chairman Vince McMahon was not a fan of GUNTHER. He had soured on the former NXT UK Champion and wanted to ‘bury’ him before sending him back to NXT.

Speaking to GiveMeSport, they also revealed that GUNTHER is now ‘safe’ because Triple H likes him and is a big fan.

The report stated that McMahon “like legitimately wanted to bury him.” It is surprising that McMahon did not like GUNTHER as the superstar did excellent training to reduce his weight as per the order of Vince McMahon. Multiple superstars have truly benefitted from Triple H taking over, and it seems the IC Champion is one of them.

Why didn’t John Cena ever turn heel? He told someone on the Sportskeeda Wrestling staff right here.