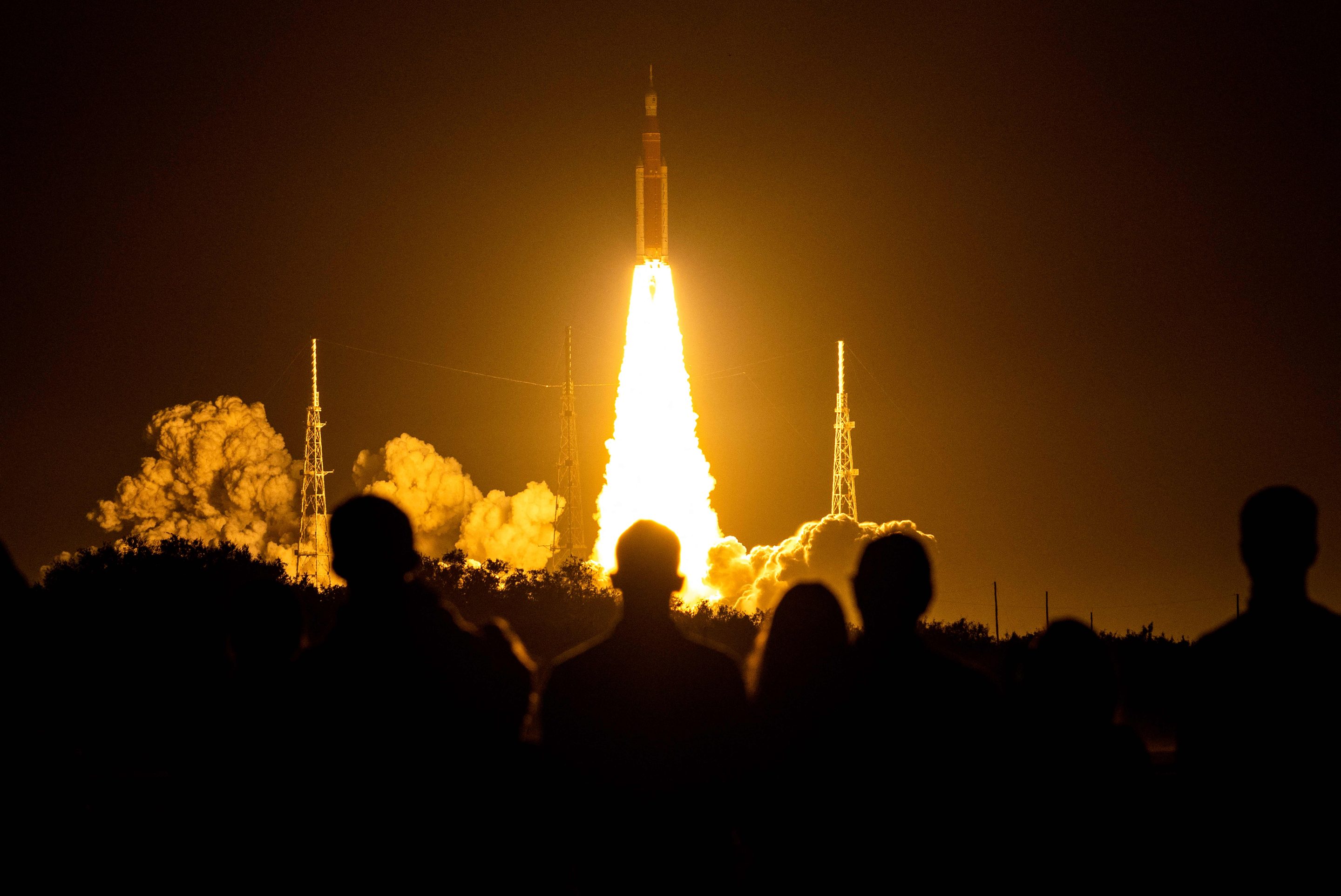 The Artemis I rocket, NASA’s redesigned aircraft built for a new age of spaceflight, has successfully taken off. It’s the beginning of a new era for space exploration.

Artemis follows a long tradition of bringing science, engineering, and creativity together to push the limits of what mankind believes is possible.

For hundreds of years, we’ve looked to the skies for inspiration–and it has led to world-changing breakthroughs. The Wright brothers first flew in 1903. The first passenger aircraft flew in 1914. The first satellite was launched in 1957. Today, Artemis, the James Webb Telescope, hypersonic maneuverable missiles, and delivery drones are inspiring a new generation of aviation innovators.

No matter how old you get or how many years you work in the aviation industry, you never stop marveling at the science behind flight. There’s something magical about seeing an object weighing 1,265,000 pounds and loaded with passengers fly through the air. Magical as that may be, the mathematical equations needed to generate enough lift for that much weight limit what is possible.

However, the widespread adoption of composite materials (made to be much stronger and considerably lighter than metals) and specialty polymers with a unique set of properties fundamentally changes the equation.

First used on the heat shield that helped Apollo missions re-enter the Earth’s atmosphere, the previously fledgling composites industry has expanded widely over the past five decades. Composites now make up dozens of components ranging from the lighter weight, stronger joints that hold the spacecraft together as it hurdles away from Earth to the space suits the astronauts of Artemis 3 will wear when they set foot on the moon.

These same technologies are also poised to change flight back here on Earth. What if aircraft weighed substantially less than they do now? Could they take on new shapes that are more energy efficient? Could they go faster? Travel further?

With aviation fuel costs hitting an eight-year record high this year and new efficiency standards as part of the Bipartisan Infrastructure Law, composite materials aren’t some futuristic concept–they have become a manufacturing imperative. As much as we marvel at the speed and power of jets, engines and rockets, from a scientific perspective, advanced materials are what is unlocking the next generation of flight.

Composite materials have transformed what’s possible in aviation. As aircraft get incrementally lighter and lighter, impacts on the industry become exponential. A hyperloop airplane/train hybrid? Why not? Flying taxis? Absolutely. Solar-powered aircraft? We’ve already done it.

As someone who has spent his entire career in the aviation industry, I’m proud to be part of this future. I’ve seen the rapid growth of composites through mass implementation on the Boeing 787 and the Airbus A350.

Composite materials can be molded and shaped in infinite ways. That means less weight and better aerodynamics, which in turn drives lower fuel costs and a smaller carbon footprint. We are now driving advances in commercial aviation and unmanned flight that were unimaginable only a few years ago.

Imagine the possibilities if aircraft were cheaper, faster, and lighter. We could replace fossil-fuel-powered trucks and ships with flying machines powered by clean energy. We could reduce traffic on the roads and lower greenhouse gas emissions. We could make travel and tourism more accessible. We could create global redundancies in our supply chains, preventing a repeat of the supply issues that have been plaguing us. Advanced materials change the equation, allowing the impossible to become possible.

The future of aviation can be found in Wichita, Kansas. Last month, Textron Aviation announced a new 180,000-square-foot expansion of its Wichita distribution center, citing the increased popularity of its smaller, nimbler aircraft.

Partnerships between researchers and industry experts are critical for the growth of the industry. Within just over a year, Wichita State’s National Institute for Aviation Research (NIAR) has opened two joint prototyping facilities with industry partners.

NIAR is partnering with Spirit Aerosystems to launch the National Defense Prototype Center, which will expand Kansas’s foothold into the space manufacturing market. At the same time, Solvay is working with NIAR to push domestic aviation innovation to new heights at the Solvay–NIAR Manufacturing Innovation Center, building and testing entire aircraft structures, including wings and fuselages.

The future of flight may well involve some of the technologies we’ve seen in the movies, but the reality is that the advancement of composites and specialty polymers has unlocked possibilities we hadn’t even dreamt of yet.

By bringing together the brightest minds in the industry with shared resources, we can go further, faster, and safer than we ever have before.

Carmelo Lo Faro is the president of the materials segment at Solvay and an executive committee member of the Aerospace Industries Association.

The opinions expressed in Fortune.com commentary pieces are solely the views of their authors and do not necessarily reflect the opinions and beliefs of Fortune.