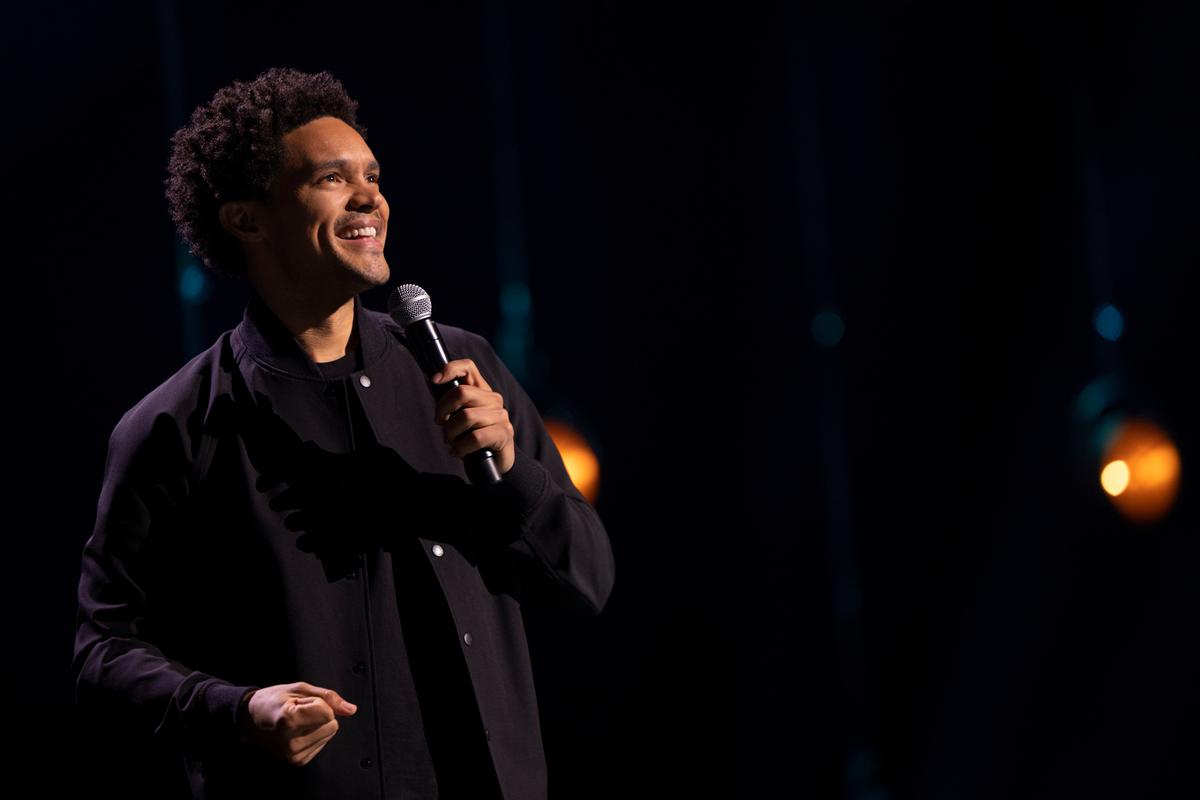 Run for the Money

In a race with time, celebrity contestants desperately try to outmanoeuvre black-clad Hunters in pursuit for a chance to win a growing cash prize. The comedian and podcast host sounds off on sexual escapades, TikTok police and how she became Sweden’s pandemic poster girl.

After a big storm, food is scarce — and hungry dinos are everywhere. It’s up to you to help the Camp Fam survive in this thrilling interactive special. Have you ever wondered how to elegantly cut… a banana? Mind Your Manners follows world-renowned etiquette teacher Sara Jane Ho as she helps her students become their best selves and put others at ease, using the language of manners and etiquette. Get ready to laugh, cry, and learn a thing or two as Sara transforms her students’ lives and helps them acquire the confidence to shine in any situation – starting with a sensible spot of afternoon tea.

One of Us Is Lying: Season 2

A new addition joins the Bayview Five as taunting texts pour in from Simon Says, a mysterious figure who knows exactly what they did. In a fit of desperation, a down-and-out single mother suits up and attempts to ski Vasaloppet with her (not-so-perfect) perfectionist brother.

Haunted by her past, a nurse travels from England to a remote Irish village in 1862 to investigate a young girl’s supposedly miraculous fast.

Five down-on-their-luck strangers must band together to steal back winning lottery tickets worth millions from a wicked mafia boss.

Racionais MC’s: From the Streets of São Paulo

Armed with music — and a message, influential hip-hop group Racionais MC’s turned their street poetry into a powerful movement in Brazil and beyond.

As Western forces withdraw, Afghanistan’s youngest female mayor braves mortal danger to lead a fight for education for the next generation of Afghans

Full of hope for a better future, passengers aboard a ship to the New World sail into a nightmare when they find a second vessel adrift on the open sea.

Dead to Me: Season 3

A hit-and-run started it all for Jen and Judy. Now another shocking crash alters the future of their ride-or-die friendship. All roads have led to this. Seeking inspiration for a hit holiday song, a pop star grants a young fan’s Christmas wish to meet her — and finds a shot at true love along the way.

The year was 1996, and the cola wars were raging. Despite Pepsi’s celeb-soaked advertisements, Coke still held the bigger market share, so the second-place brand decided to roll out its biggest campaign ever: Called “Pepsi Stuff,” it featured a soon-to-be infamous commercial implying that if you just bought enough of their products, you could use “Pepsi Points” to purchase sunglasses, leather jackets… and maybe a Harrier jet? Pepsi execs assumed the astronomical “price” of the military plane was set high enough to indicate it was a joke, but college student John Leonard saw it as a challenge and decided to call their bluff. Enlisting the help (and funding) of mountaineering buddy Todd Hoffman, Leonard hashed out a plan to score the grandest prize of all – even if it never existed in the first place. Shot in a rollicking, irreverent style and soaked in the music and culture of the mid-’90s, Pepsi, Where’s My Jet? sits down with Leonard, Hoffman, the commercial’s creative team, and a truly unexpected cast of tangentially-involved public figures to tell the legendary tale of the kid who sued Pepsi for a fighter jet, and became the hero of a new generation. I Am Vanessa Guillen

Vanessa Guillen was 20 years old when she was found murdered at a US Army base. Rather than submit to silence, her family fought for justice and change.

A developer builds a dating app, hoping for connection. Soon, she gets caught in the web of a serial killer who uses the platform to lure victims.

From the projects to the largest venues in Paris, this series follows two teenage friends for life as they forge the birth and rise of French hip-hop.

Everybody’s looking for something this year at Las Encinas, whether it’s love, revenge or millions of followers. But will they all make it out alive? Joined by a larger-than-life outlaw, a daring young orphan journeys through a land of dreams to find a precious pearl that will grant her greatest wish.

From hijinks and heebie-jeebies to holiday cheer: This season’s got it all as the boys go big to trick the Devil — and stir up trouble all over town!

Got a question? The StoryBots have an answer! Join curious friends Beep, Boop, Bing, Bang and Bo on fun adventures to find facts for real kids like you.

It’s Winter Wishday! Can the Mane 5 celebrate their holiday traditions and still make it back in time to exchange gifts under the Wishing Star for Sunny? Trevor Noah: I Wish You Would

Smart, sarcastic and a little dead inside, Wednesday Addams investigates a murder spree while making new friends — and foes — at Nevermore Academy.

Despite humble origins and sexism, a young Arelys Henao chases her singing dream in this music-packed drama inspired by the Colombian icon’s early life.

Chema has a mission: date Claudia, the new girl at his school, so he can lose his virginity to her before the end of the school year. Will he fulfill his dream before graduation?

From war-torn Syria to the 2016 Rio Olympics, two young sisters embark on a risky voyage, putting their hearts and their swimming skills to heroic use.

After inheriting a farm at Christmastime, a widowed father makes a bumpy adjustment to village life — while his kids hatch a plan to stay there forever.

After a teacher dies, his best friend — a former cop — takes a job at the school where he worked to confront the gang he thinks was responsible.

The taco leaves Mexico, but Mexico doesn’t leave the taco. Across the US border, Mexican cooks keep the tradition alive and experiment with new flavors.

A modern take on the British royal drama, this steamy series offers a window into the lives of history’s deadliest, sexiest and most iconic monarchs. 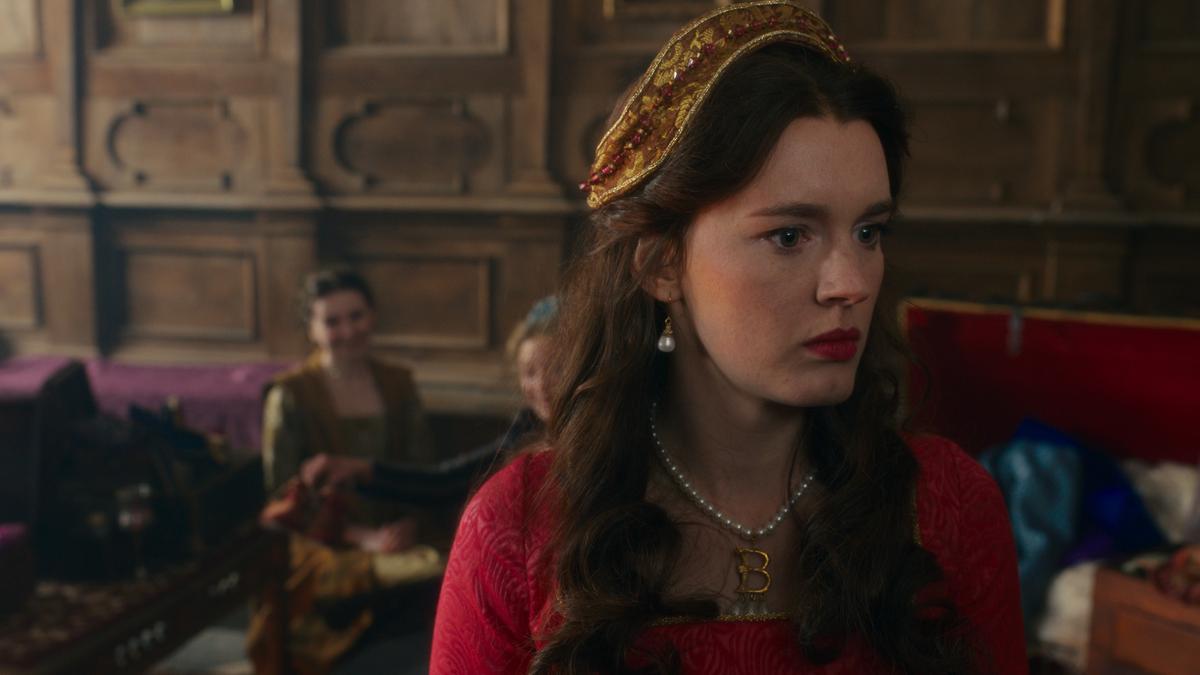 Young, free and madly in love. As teenagers, the world was their oyster — but as adults, their lives seem dimmer, like a very important piece is missing.

Cleaning out his childhood home at Christmas, a novelist meets a woman searching for her birth mother. Will an old diary unlock their pasts — and hearts?

As another year begins at Parkhurst, Puleng and Fiks search for a lost loved one — but their perseverance could be putting them in grave danger.

Ghislaine Maxwell: Filthy Rich goes beyond the headlines of the Ghislaine Maxwell case to tell the definitive story of Epstein’s mysterious accomplice, illuminating how her class and privilege concealed her predatory nature.

As Hope Springs gets ready to celebrate the holidays, Teddy uses his toys to take away all the festive cheer — unless the Action Pack can stop him!

Returning to his hometown of Crawley, England, Romesh Ranganathan riffs on veganism, his kids — and offers a peek into the making of his comedy special.

Twelve chefs channel their inner food scientists to re-create classic snacks and invent their own original treats for a $50,000 prize.

My Name Is Vendetta

When enemies from the past kill his wife and brother-in-law, a former mafia enforcer and his daughter flee to Milan to plot their revenge.

After waking up from a coma with no memory of the night when his entire family was murdered, a young man and his psychiatrist try to untangle the truth.

A Man of Action

In this drama inspired by the life of Lucio Urtubia, an anarchist targets one of the world’s biggest banks with an ingenious counterfeiting operation. A cure for some and a curse for others, widely prescribed anti-anxiety medication is examined by patients and experts in this revealing documentary.

Everyone’s decking the halls to get in the holiday spirit. But Sam and Kit are blasted back in time to the Ice Age and meet some wooly new pals!