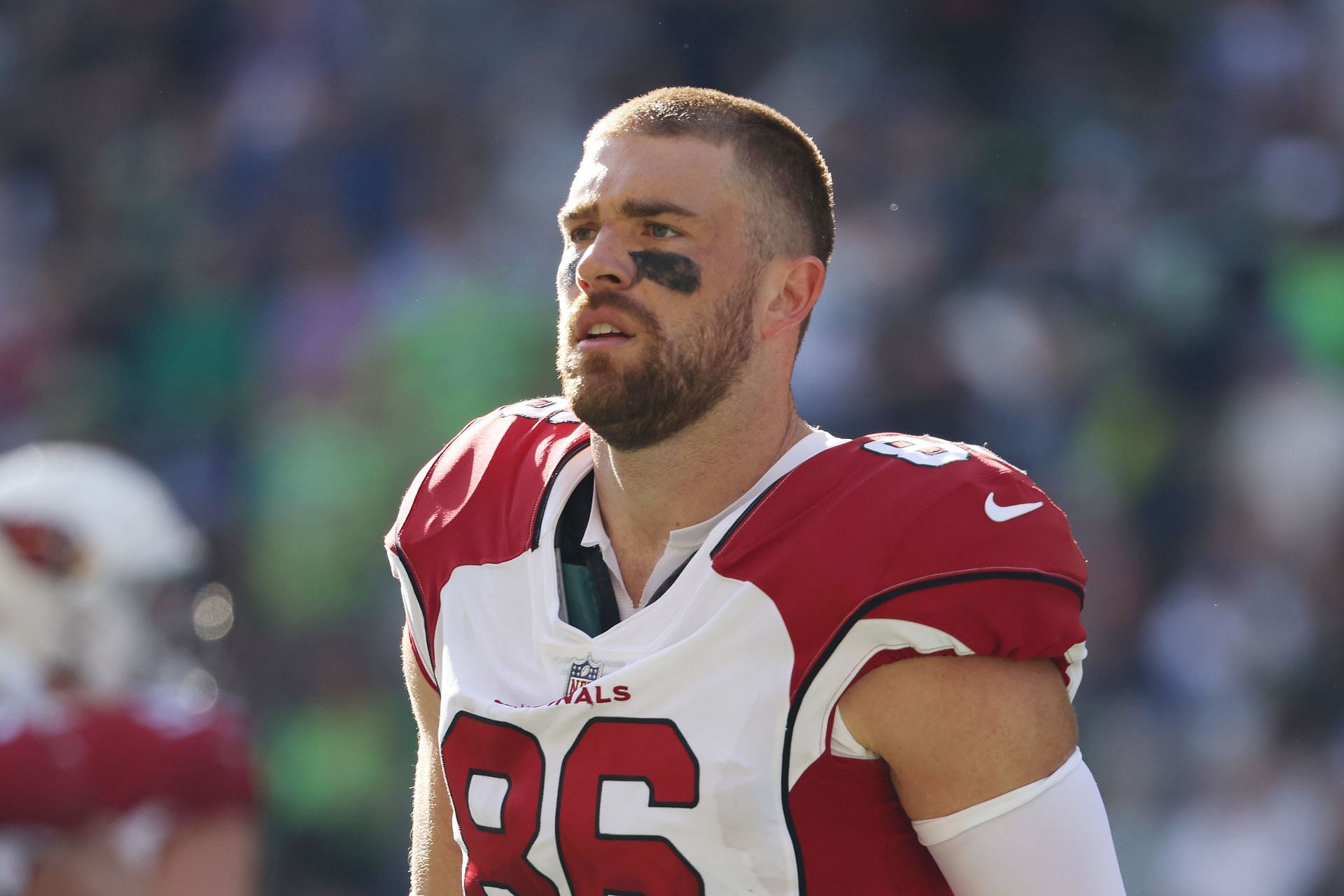 The Arizona Cardinals expected to rely on Zach Ertz in Sunday’s divisional showdown against the Los Angeles Rams. The veteran tight end needed to be reliable with fellow veteran Colt McCoy in at quarterback.

Unfortunately, Ertz made one catch before he was forced to leave the field. Things got even worse when the broadcast showed him being taken to the locker room on a cart, unable to walk.

Zach Ertz has been carted off the field.

Zach Ertz has been carted off the field.📺: FOX https://t.co/jPGUT1fRPl

This is always a terrible sign and attention quickly turned to the severity of the injury and when the veteran could return to the Cardinals.

How long will Zach Ertz be out for?

At this point it is unknown just how serious the injury is for Ertz. Of course, there is a fear with any leg injury that it could be season-ending. That would be disastrous for the Cardinals, who already entered the game with a 3-6 record.

The tight end signed a three-year, $31 million extension this past offseason. Given the dead cap figures, it appears he would at least be locked in through the 2023 season. So a potential season-ending injury would not end his career, given he is able to recover and return to full strength.

Arizona made a bold move last year to acquire Ertz from the Philadelphia Eagles during the season. They wanted his veteran presence to pair with Kyler Murray as the team tried to reach that next echelon of contending in the NFC.

While the tight end has had a solid year with 46 receptions so far, the Cardinals offense has struggled and is in danger of having a top-ten draft pick instead of a playoff berth.

#ZachErtz
Got to hope for good news on MRI and dodge the ACL bullet for left knee. Injury happens before the pile.

#ZachErtzGot to hope for good news on MRI and dodge the ACL bullet for left knee. Injury happens before the pile. 🙏 https://t.co/JWaCqftLMk

That means fans will be eagerly awaiting a more thorough injury update. While an extended absence does not totally sink the offense, it is less than ideal at such a crucial point in the season.

The tight end just turned 32 years old and the Cardinals are now linked to him for at least one more year, and maybe two. If he is injured and the team misses the playoffs, major changes may be coming both on the sidelines and in the front office as the standard of winning and success is just not being attained.