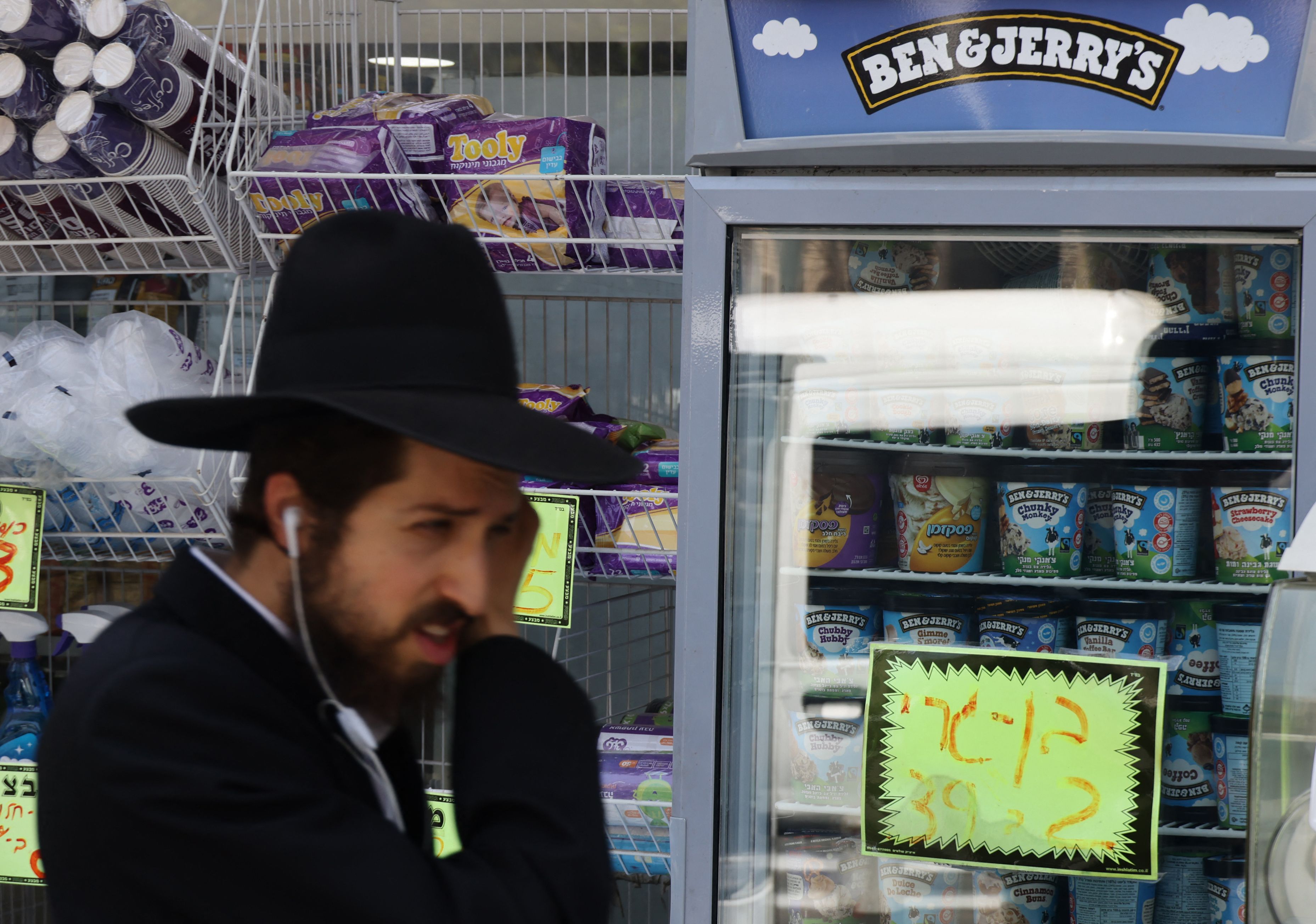 Ben & Jerry’s board of directors on Tuesday rebuked the sale of products bearing any of the ice cream maker’s insignia in West Bank settlements, the latest salvo in the Vermont-based company’s feud with its corporate parent over ice cream sales in the territories.

Last year Ben & Jerry’s board said it was going to stop selling its ice cream in annexed east Jerusalem and the occupied West Bank, saying the sales in the territories sought by the Palestinians are “inconsistent with our values.” The settlements are widely seen by the international community as illegal and obstacles to peace.

Consumer goods giant Unilever, which bought Ben & Jerry’s in 2000, announced earlier this year that it was selling its business interest in Israel to a local company that would sell Ben & Jerry’s ice cream under its Hebrew and Arabic name throughout Israel and the West Bank.

Ben & Jerry’s independent board said in a statement Tuesday that Unilever’s sale was made without the board’s consent and any products sold by Blue & White Ice Cream Ltd. “should not be confused with products produced and distributed by Ben & Jerry’s Homemade Inc.”

“Ben & Jerry’s position is clear: the sale of products bearing any Ben & Jerry’s insignia in the Occupied Palestinian Territory is against our values,” the statement said.

An email sent to London-based Unilever was not immediately returned Tuesday, but the company has said in the past it did have the right to the sale and noted that the deal had closed.

The 2000 acquisition agreement allowed the Ben & Jerry’s board to make decisions about the company’s social mission but it stipulated Unilever would have the final word on financial and operational decisions.

In August, a federal judge rejected Ben & Jerry’s request to block a plan by Unilever to allow its products to be sold in east Jerusalem and the occupied West Bank. The judge said Ben & Jerry’s failed to show that Unilever’s decision would hurt Ben and Jerry’s social mission or confuse its customers.