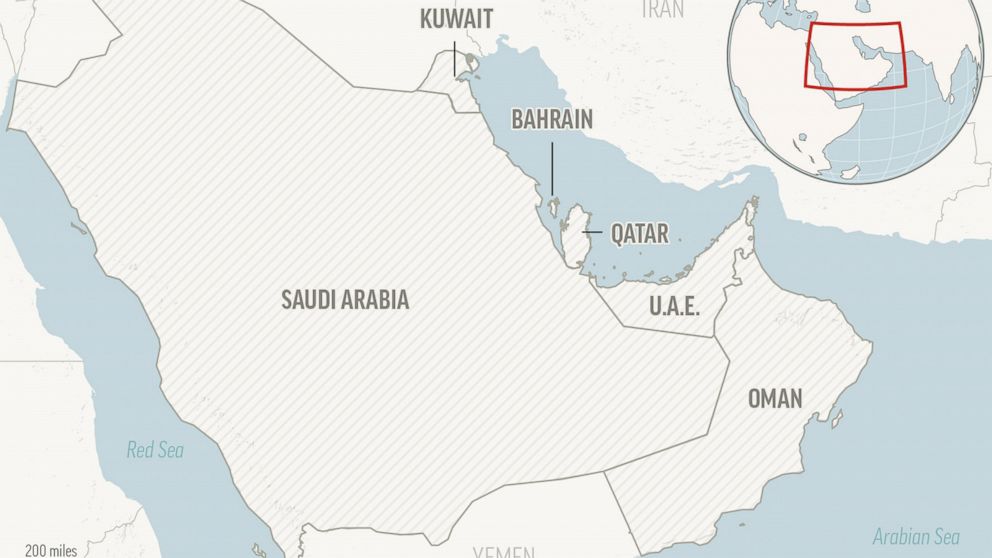 DUBAI, United Arab Emirates — Bahrain voted Saturday in a parliamentary and local election just hours after hackers targeted government websites in the island kingdom that is in the midst of a decade-long crackdown on dissent.

The Interior Ministry did not identify the websites targeted, but the country’s state-run Bahrain News Agency could not be reached online nor could the website for Bahrain’s parliament. Later, Bahrain’s election website could not be accessed from abroad, though the news agency’s website had been restored.

“Websites are being targeted to hinder the elections and circulate negative messages in desperate attempts that won’t affect the determination of citizens who will go to the polling stations,” the Interior Ministry said.

Screenshots taken by internet users showed a picture after the hack claiming it was carried out by a previously unknown account called Al-Toufan, or “The Flood” in Arabic. Social media accounts associated with Al-Toufan said the group targeted the parliament’s website “due to the persecution carried out by the Bahraini authorities, and in implementation of the popular will to boycott the sham elections.”

Bahraini officials did not respond to a request for comment about the hack. Bahrain state television aired footage of people voting in the polls, with the state-run news agency describing the election as going “smoothly” across 55 polling sites in the country.

The attack happened just hours ahead of the parliamentary and municipal elections in Bahrain. Voters are picking the 40 members of the lower house of Bahrain’s parliament, the Council of Representatives. The parliament’s upper house, the Consultative Council, is appointed by royal decree by King Hamad bin Isa Al Khalifa.

Bahrain has voted in parliamentary and local elections every four years since 2002 after the island became a kingdom.

However, Bahrain is in the midst of a decade-long crackdown on all dissent after the 2011 Arab Spring protests, which saw the island’s Shiite majority and others demanding more political freedom.

Since Bahrain put down the protests with the help of Saudi Arabia and the United Arab Emirates, it has imprisoned Shiite activists, deported others, stripped hundreds of their citizenship and closed down its leading independent newspaper.

A banned Shiite opposition group and others have called on voters to boycott elections ever since. Protests against the election have been held in recent days, including during the visit of Pope Francis to the island.

“Bahrain was once viewed as a promising model for political reform and democratic transition, but it has become one of the Middle East’s most repressive states,” the Washington-based group Freedom House said.

Bahrain, about the size of New York City, is home to the U.S. Navy’s 5th Fleet.