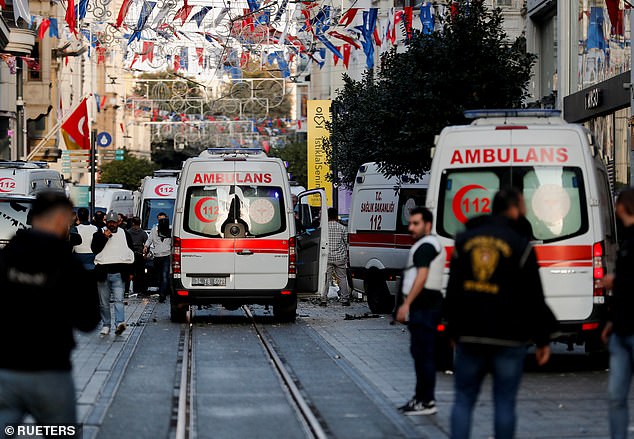 At least 11 people are injured in Istanbul explosion: Blast rips through busy street in area popular with tourists and locals as people flee

By Matt Powell For Mailonline

An explosion on Istanbul’s popular pedestrian Istiklal Avenue has injured a number of people.

A video posted online showed flames erupting and a loud bang, as pedestrians turned and ran away.

Other footage showed ambulances, fire trucks and police at the scene.

At least one person has died following the blast according to a local Istanbul Governor. 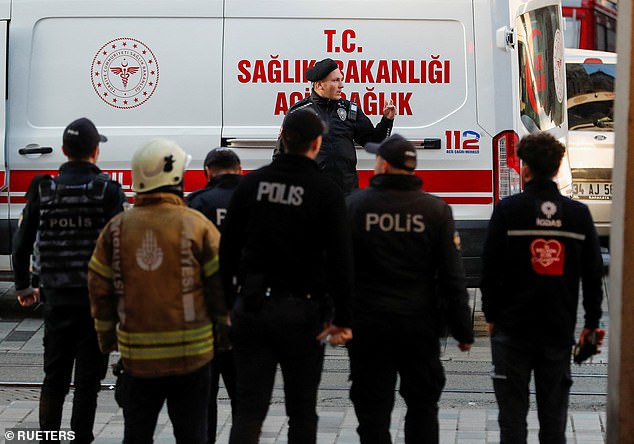 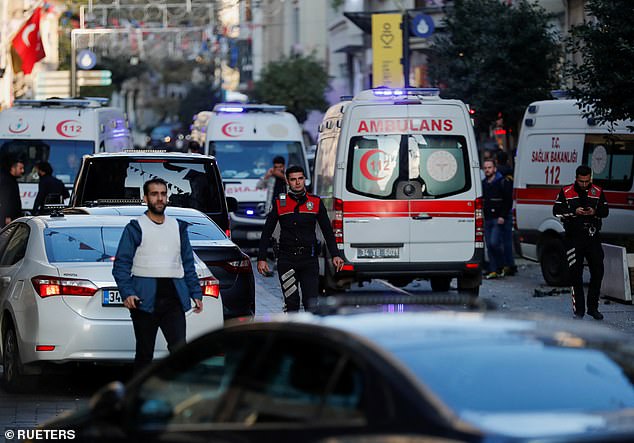 The cause of the explosion was not clear – it has not been confirmed whether terrorism is suspected.

Social media users said shops were shuttered and the avenue closed down.

Broadcaster CNN Turk said 11 people were injured. The avenue is a crowded thoroughfare popular with tourists and locals, lined by shops and restaurants. The explosion occurred at about 4:20 p.m.

Istanbul’s governor Ali Yerlikaya tweeted: ‘Today, at around 16.20, an explosion occurred in Taksim Istiklal Street in our Beyoğlu district. Our police, health, fire and AFAD teams were sent to the scene.

‘There are casualties and injuries. Developments will be shared with the public.’