On Aryan Khan’s birthday, Arbaaz Merchant took to his Instagram story section to pen a cryptic note wishing his ‘strongest and most handsome brother.’

Shah Rukh Khan and Gauri Khan’s eldest son Aryan Khan turned 25 on November 12. On his birthday, his friends and family members took to social media to shower love on him. Arbaaz Merchant, who is Aryan’s close friend, too, shared a cryptic post on the star kid’s birthday. Aryan and Arbaaz were arrested last year following an alleged drug raid on a cruise bound for Goa. They were granted bail but one of the clauses in their bail grant mentioned that they are not allowed to meet each other. This year, Aryan received a clean chit in the case.

Arbaaz took to his Instagram story section to write, “Happy birthday to my strongest and most handsome brother. Love you more than words, miss you every single day of my life.” Take a look at the post: 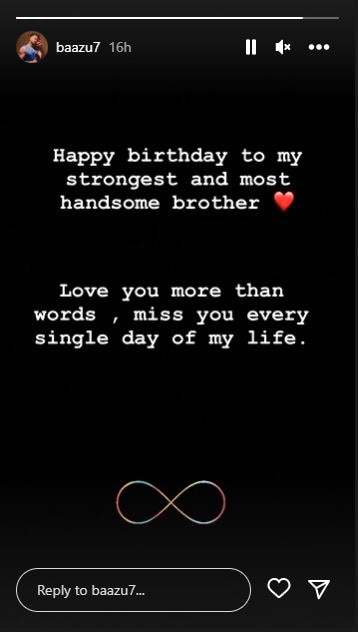 In January this year, Arbaaz’s father Aslam Merchant told ETimes that his son misses Aryan and is planning to approach the court to waive off the bail condition preventing them from meeting each other. Aryan was granted a clean chit in the case on May 28, 2022.

Besides Arbaaz, Aryan’s friends including actress Ananya Panday, Shanaya Kapoor, Navya Naveli Nanda and Suhana Khan among others, took to social media to share unseen photos with him on his birthday.

Meanwhile, on the work front, Aryan Khan isn’t keen on pursuing a career in acting like his father SRK. Instead, he is reportedly going to debut as a writer. A report by Pinkvilla suggests that the star kid has already begun working on multiple ideas that are to develop in web shows or feature films. The reports suggested that the ideas are still in primitive stages at the moment. He is said to be collaborating with Bilal Siddiqi of The Bard of Blood fame as co-writer for the development of these projects.