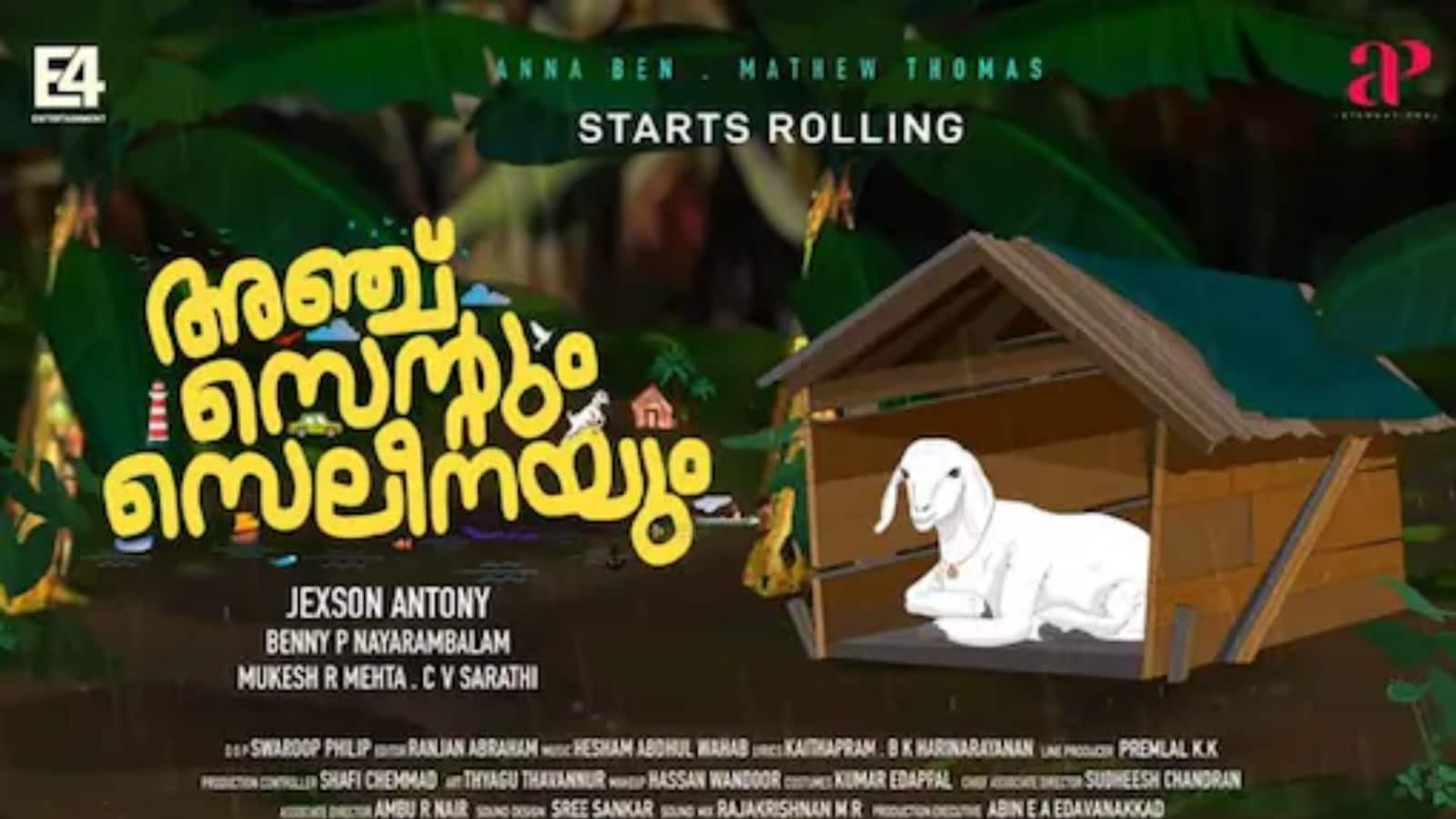 Anna Ben, known for working predominantly in the Malayalam industry, has announced her upcoming film Anchu Centum Seleenayum. The motion poster of the film, which also stars Mathew Thomas in the lead role, was released on Monday.

The film is produced by Mukesh R Mehta alongside CV Sarathi under the E4 Entertainment banner. While the screenplay of the film is written by Benny P Nayarambalam, who is also Anna’s father. This will be the first time when the actress will be working on Nayarambalam’s screenplay. Benny P’s previous film to hit the silver screen was Aanum Pennum in the year 2021.

While sharing the news on her social media handle, the actress said, “Sharing the announcement of this project on Instagram, Anna wrote, “This one is like a warm hug. My next with my favourite person on this planet, my Pappa. Not even in my wildest dreams did I ever imagine my father would write a script for me. This feels unreal. Thank you Pappa”.

The motion poster released by the actress on her Instagram features an animated video of a goat running towards the loafing shed as someone calls her name Kinkini. Just as soon as the actress posted the video on her social media page, several actors started pouring their love in the comment section. One user wrote, “So excited best wishes dear”. Another fan commented, “All the very best Anna”. One social media user also wrote, “We are waiting for your new project”.

Anna Ben was last seen in Night Drive directed by Vysakh. Her other films include Helen, Kappela, Sara’s, and Naaradan. She made her debut in the movie industry with the 2019 film Kumbalangi Nights. Her upcoming projects include Kaapa directed by Shaji Kailash and Ennittu Avasanam helmed by Emcy Josephy.

Mathew Thomas also has a handful of upcoming projects, including Neymar and Jackson Bazaar Youth. He has worked in films like Prakashan Parakkatte, Jo and Jo, Thanneer Mathan Dinangal, Vishudha Mejo, Kumbalangi Nights, and Operation Java, to name a few.