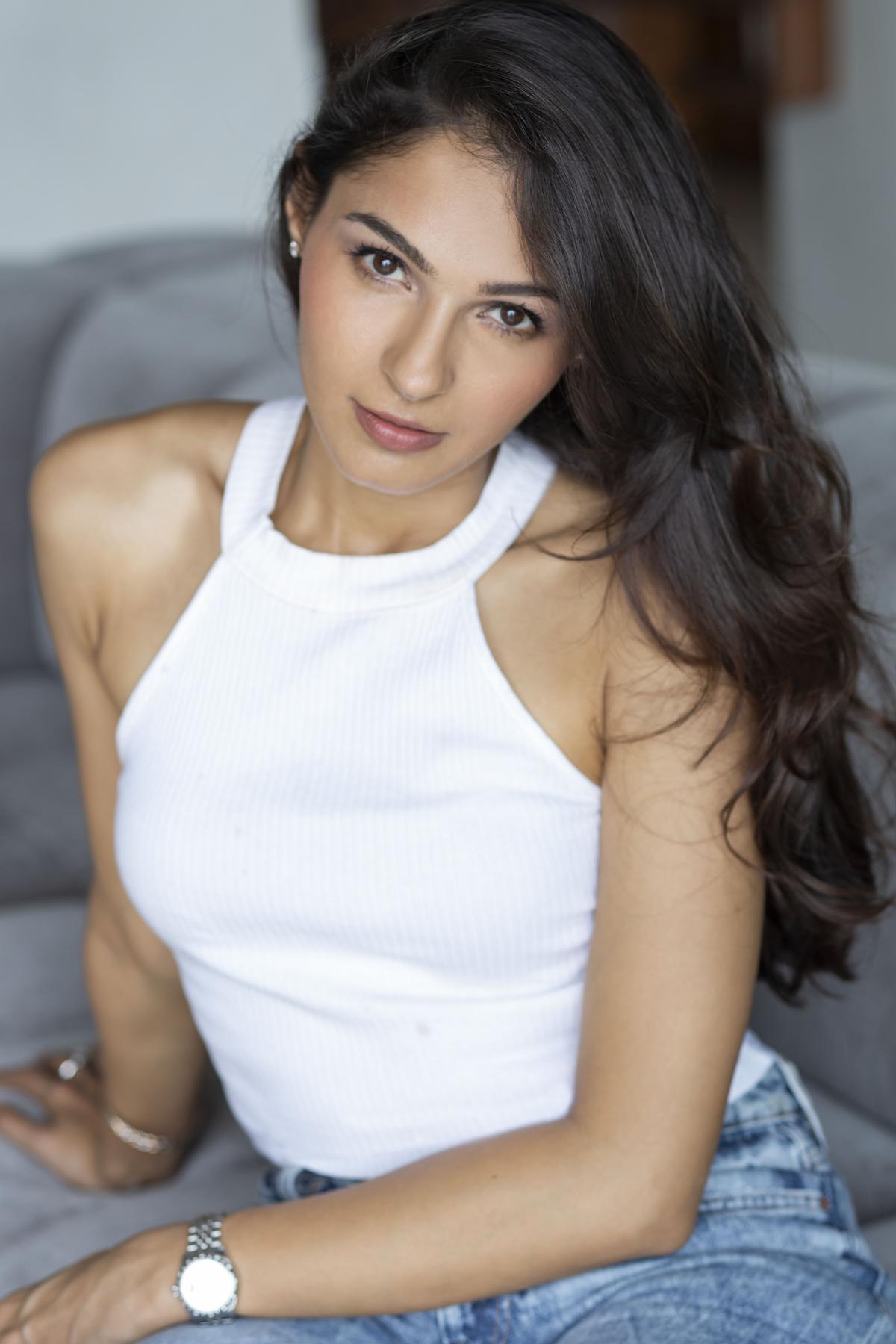 “Nobody would cast me as a small-time Tamil ponnu,” proclaims Andrea Jeremiah, dropping several truth bombs about how the industry perceives her as an actor. The context: Andrea feels, as an Anglo-Indian, she has a certain stereotype about her looks that comes in the way when approached for some characters.

For instance, her character in Anel Meley Pani Thuli, releasing on SonyLIV on November 18, is a small-town girl from Tamil Nadu leading a happy life until her world turns topsy-turvy one night. Getting into the character came later for Andrea; she was worried that she didn’t look the part.

She fought that, in exchange for what the film stood for. “Lately I look to do films I feel strongly about, where it resonates with me as a human being,” she says. Excerpts from an edited conversation:

Why is it that we don’t see you more often in author-backed characters? Is it because the options are limited?

That’s because those films are few and far between. Only recently I was telling someone that when the trailer for this film came out, I was watching it and I ended up watching a lot of other trailers lead by female artists like Aishwarya Rajesh and Aishwarya Lekshmi. It made me happy because finally there are enough people writing for women. It never used to be the case.

When I joined the industry it was a very different place. For you to land such projects you have to be part of commercially successful films led by big heroes. That has changed post pandemic and thanks to OTT. Now is a great time to be a female artiste. I have got three author-backed roles in one year!

Is there a philosophy that you follow for acting? How would you approach a character like Chandra in ‘Vada Chennai’ and how is it different from ‘Anel Meley Pani Thuli’?

I was all over my head for Vada Chennai. I had to fit into this world I had absolutely no clue about, even though North Chennai is a few kilometres away from where I stay. I learnt how to tie a sari myself; it needed to look like something you would do in your house, especially the ease with which you do it. I learnt to clean and gut fish (even though the scene didn’t make it into the film). I went to the fishing community and that smell man, it’s something else. These things get you closer to their way of life and that’s important.

This is something I read in a biography of Nicole Kidman: the power of perfume. The truth is, we all play with perfumes; when we want to feel a certain way, we use a certain perfume. You can apply the same thing for acting. For instance, as a singer, I have a specific perfume that I always use when I go on stage. I never change that perfume.

These are some of the things that can help you at a miniscule level. I don’t have to do this for every film. For example, I had to learn archery for Master, and I learned to ride a Hardley Davidson for Thupparivaalan. Pisasu 2 is a different ballgame. I had to learn German, learn to play left-handed guitar among other things. At the end of the day, you have to get into the character’s head. When I’m portraying a character, I’m being. I’m not acting.

Does changing perfumes help you feel the character?

Certain perfumes make you feel a certain way. It can get you into a certain headspace. For Vada Chennai, I remember I couldn’t zero in on a perfume. I happened to visit my sister in Paris and there was this boutique perfume brand I bought. Some perfumes are really loud; you can smell it when someone walks into the room. This wasn’t one of those; you cannot smell it unless you are a foot away. But if you did catch the smell, it’s going to draw you in. I used that for Chandra.

Much later after I shot for the film, I remember reading an article about that perfume being discontinued and was reading reviews about the perfume that said it was a sweet poison, sweet seduction. The perfume had the same notes as Chandra. I try to follow this for every film, to feel a certain way. For Anel Meley Pani Thuli, I didn’t use perfume at all. 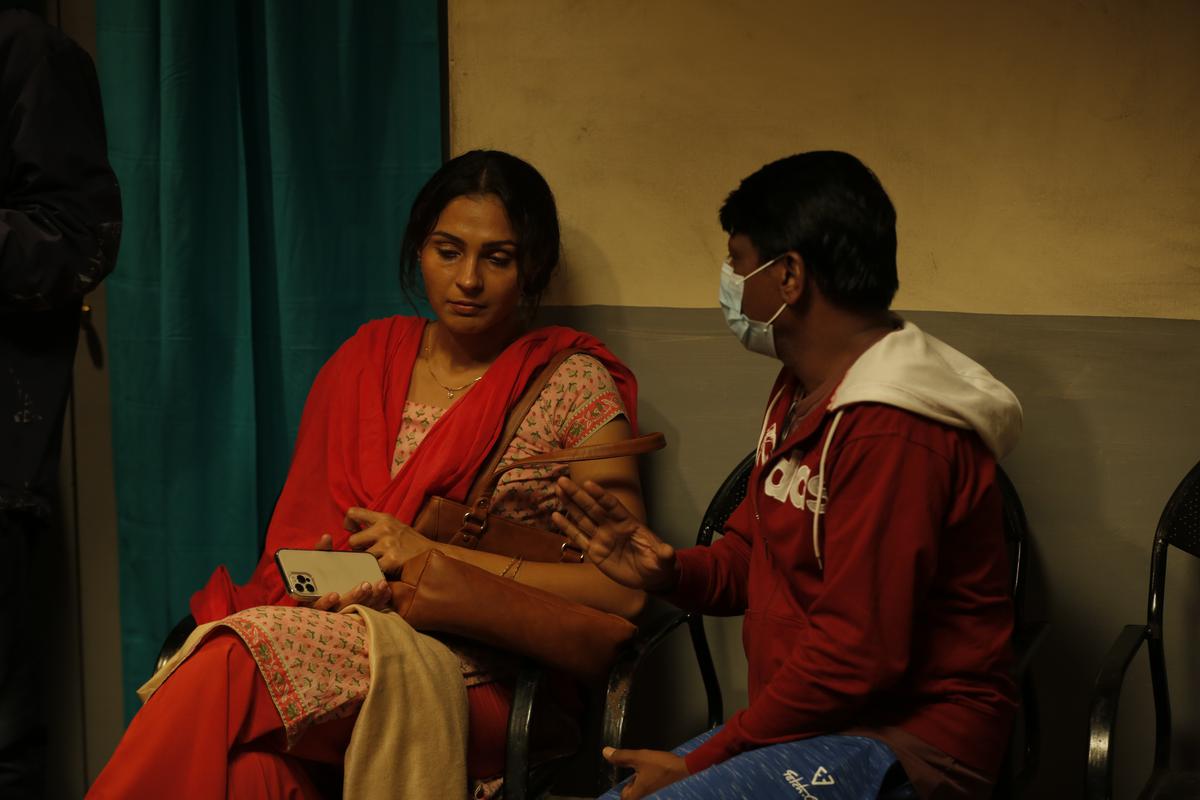 Would you say that a film like ‘Anel Meley Pani Thuli’ takes a lot from you as an actor?

It took a lot from me as a human being. It is by far one of the most emotionally exhausting and depleting films I’ve been part of. When you are an actor in a film where there is a hero and a big director, the responsibility is shared equally. Here, I carry the film on my shoulders.

There are few films in your life that affect you at a deep personal level. I’ve done a few like that [ Taramani, Annayum Rasoolum and Vada Chennai] and Aney Meley Pani Thuli is one. Nothing can affect you as an actor unless it affects you as a human being. That’s the power of storytelling.

The film seems to deal with sexual assault among other things…

Yes. It’s not that it is a new thing, it’s always been there. Why is the #MeToo movement popping up now? Because women want to be heard. It’s the time in a civilization where women think they have had enough and want to be seen and heard.

This film doesn’t victimise my character in any way. She has courage and strength to fight for justice. That’s why I wanted to be a part of it.

But the story is told from the point of view of a filmmaker who happens to be a man. Was that a problem?

I agree with you and it’s a conversation I had with my director as well. He was nice enough to acknowledge it. There was a particular sequence that was really, really hard for me to shoot. I felt traumatised and had to speak to a counsellor because I had PTSD. I started shivering long after the scene was shot. It felt like it actually happened to me and I wasn’t portraying it. Clearly I crossed that line.

I had a conversation with the director later. We had a little disagreement and I told him, ‘At the end of the day, you are a man and you will never ever understand it.’ You can try to understand but you can never. He was mature enough to accept that. Don’t you think it’s better if these stories were told by a woman?

Not necessarily, I think it’s always good to have mixed perspectives. Good and bad are not restricted to gender. By that logic, Sudha Kongara shouldn’t have made Soorarai Pottru. But she did a splendid job right?

Is there a bit of typecasting of the other kind, where you are called for a certain ‘type’ of character that is non-mainstream?

Post Taramani, I got a lot of scripts where I was expected to smoke and drink. So yes, there is typecasting. It’s the easy way out and all of us face it as actors across the board. I consciously stayed away from doing those. I’m glad that I’ve played a few author-backed roles. I didn’t choose them but they chose me.

You have been in the industry for more than a decade. Do you ever think you should be in the top rung?

When I started acting, it was all about the intention with which I did my job. The intention was not to have superhits or many films… it was to leave a legacy that is going to outlive you. The size of the legacy is irrelevant to me. Plus, nobody has ever been number one for too long.

But you are among the rare actors who grew up in Chennai and can speak Tamil. When you dub for another actor, have you ever felt like, ‘Hey, I would have done a better job than that’?

( Laughs) I don’t dub for people anymore. There have been some roles I felt I would have been suited for better. But there are so many reasons for an actor to get cast in a film. Sometimes it has very little to do with talent.