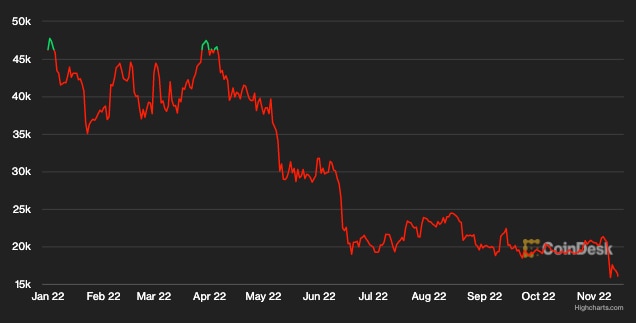 Bitcoin (BTC) fell 22% in the seven-day stretch through Sunday, and analysts are scrambling to assess the outlook – for digital-asset markets as well as possible policy ramifications amid an annus horribilis for the blockchain industry, freshly wounded by the FTX scandal.

As a new week starts, the market is still searching for a bottom: The CoinDesk Market Index (CMI) is down 0.8% over the past 24 hours.

Here’s a sampling of the commentary: