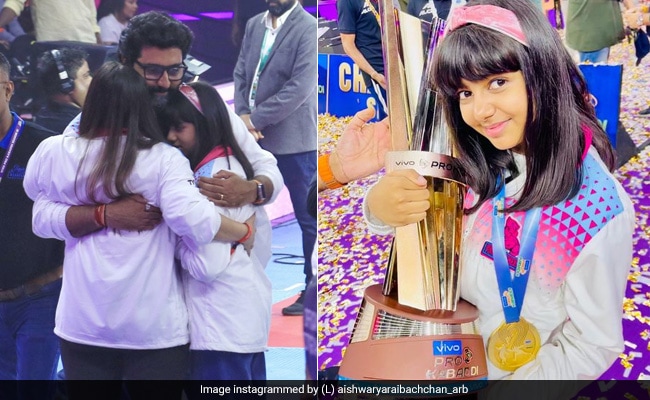 Aishwarya Rai and Abhishek Bachchan are the happiest after their team, Jaipur Pink Panthers, won the trophy at Pro-Kabaddi League on Saturday. The couple shared many pictures on their respective Instagram handles in which they are posing with their team. At the event, their daughter Aaradhya Bachchan and niece Navya Naveli Nanda were spotted cheering for the team. After the team was declared the winner, Abhishek can be seen hugging Aishwarya and Aaradhya. On Instagram, Aishwarya has shared pictures – in the first, Aaradhya can be seen posing for the camera with a trophy. In the next, the family of three happily poses for the camera. In the last image, Aishwarya and Aaradhya flash their million-dollar smiles in a selfie. Sharing the post, the actress wrote, “Jaipur Pink Panthers are the Pro Kabaddi Season 9 CHAMPIONS. What a fabulous season! We are so proud of our team of incredibly talented, focused and hardworking kabaddi sportsmen… Kudos boys!!! God Bless always Love, Light, more power to you and Shine on!”

Abhishek Bachchan also shared many pictures, posing with his team and wrote a long note expressing his excitement. He wrote, “So proud of this team. They’ve quietly worked towards this cup. Despite criticism they kept believing and working. Everybody wrote them off…. But they had confidence in themselves. That’s the way to do it!!! it’s taken us 9 years to win this cup again. And I’m so happy with this team. Teamwork, hard work and silent determination…. The @jaipur_pinkpanthers way!”

Take a look at Aishwarya Rai and Abhishek Bachchan’s posts: 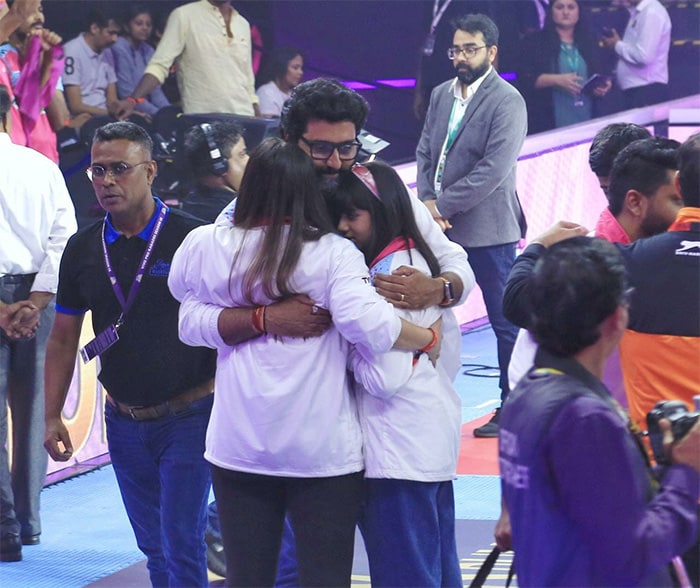 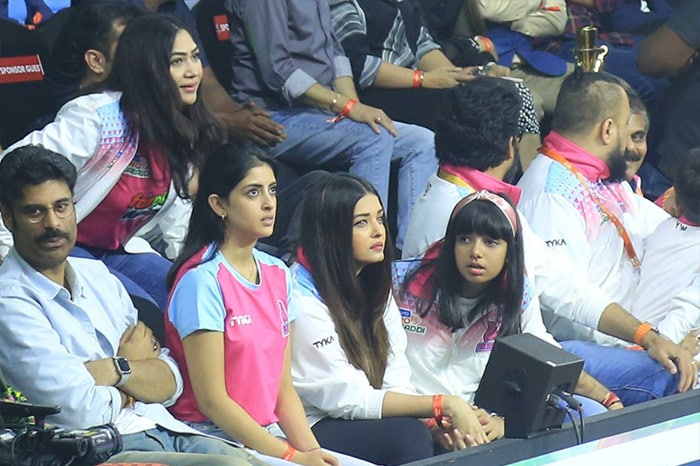 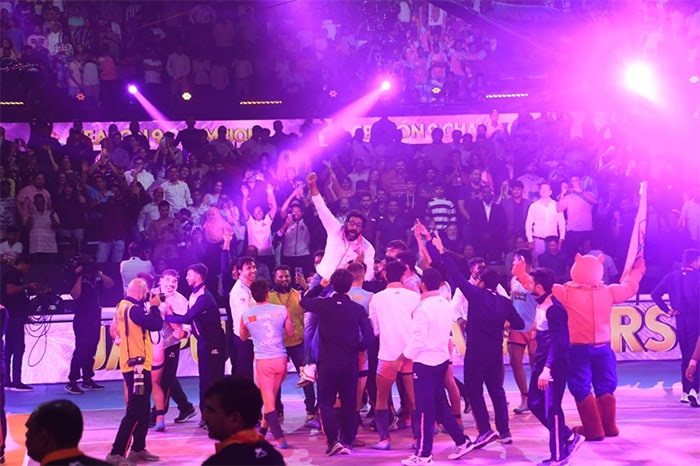