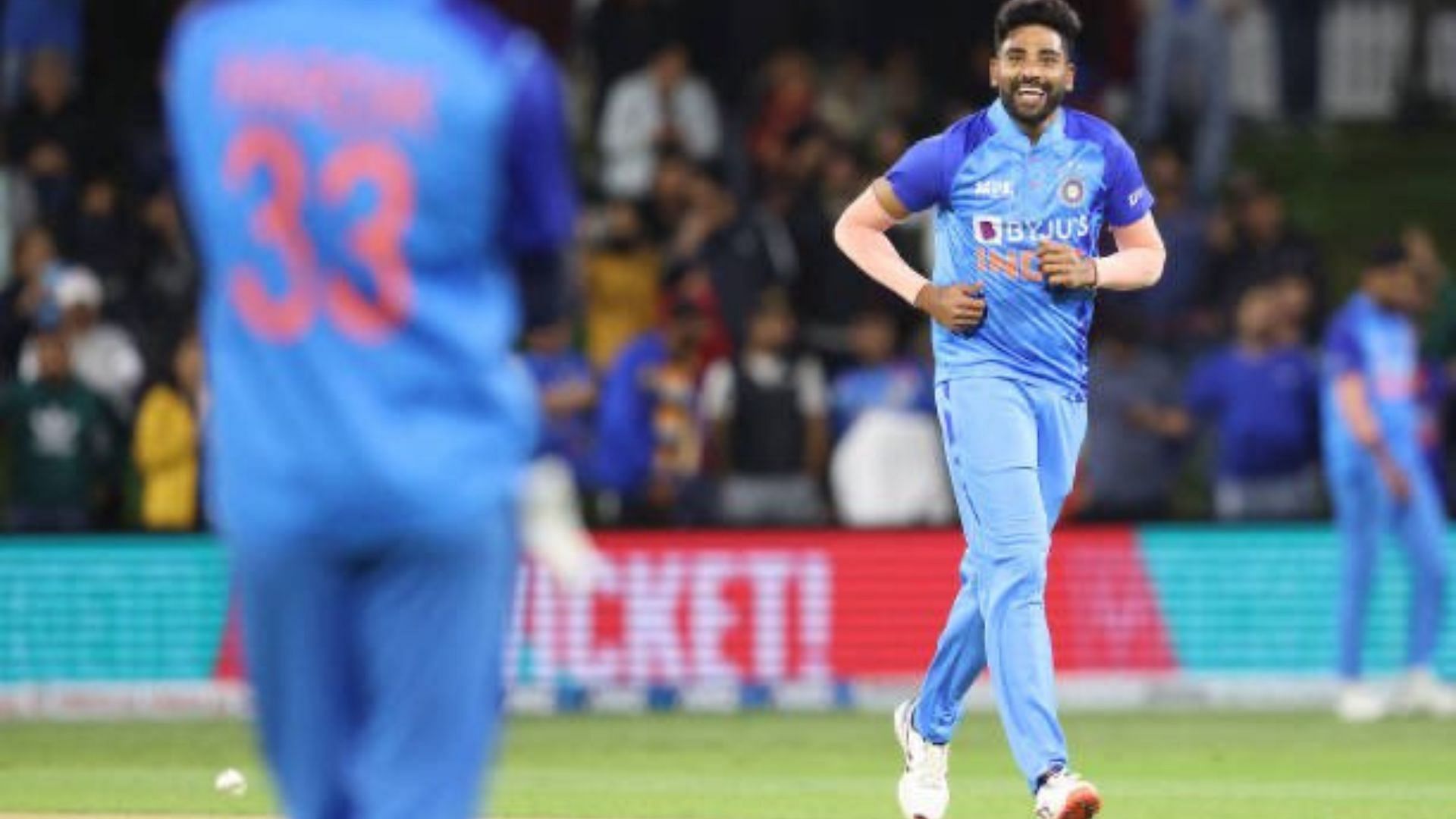 India and New Zealand will both be wary of the smaller dimensions at McLean Park in Napier with it being a rugby ground. This makes the task even tougher for the bowlers as even a mishit from the batters may end up in the stands.

But this will also be a true test of character for some world-class bowlers on both sides as they will need to make use of variations to ensure they keep on picking up wickets and keep the scoring rate in check.

On that note, let’s take a look at three bowlers who could have a good outing in the third T20I in Napier on Tuesday:

Mohammed Siraj has found some form of late in T20Is with his ability to swing the new ball and also nail the yorkers at the death. His performance in the home series against South Africa just before the T20 World Cup helped him travel to Australia as one of the reserves.

Siraj once again made the most of his opportunity by being the pick of the Indian pacers in the second T20I, picking up a couple of wickets. If he finds some swing early on, it will be difficult for the Kiwis to get off to a flying start. Siraj also has variations up his sleeve to induce false shots from opposition batters at the death.

Another Indian bowler who was impressive in the last game was leg-spinner Yuzvendra Chahal. The 32-year-old showed exactly what India missed during the T20 World Cup with wickets in the middle overs.

The breakthroughs of Glenn Phillips and James Neesham punctured New Zealand’s chances of chasing down 192. With his experience of having bowled well on grounds with small dimensions like the Chinnaswamy Stadium, Chahal could prove to be a trump card for the Men in Blue.

New Zealand’s stand-in skipper Tim Southee is the highest wicket-taker in T20Is in Napier, having picked up five wickets from three games.

Amidst all the carnage caused by Suryakumar Yadav at the Bay Oval. Southee managed to leave his mark on the game with his second hat trick for New Zealand.

Already the highest wicket-taker in T20Is at the moment, Southee’s experience and subtle variations could certainly come in handy as the opposition batters will try to go hard with short boundaries in Napier.