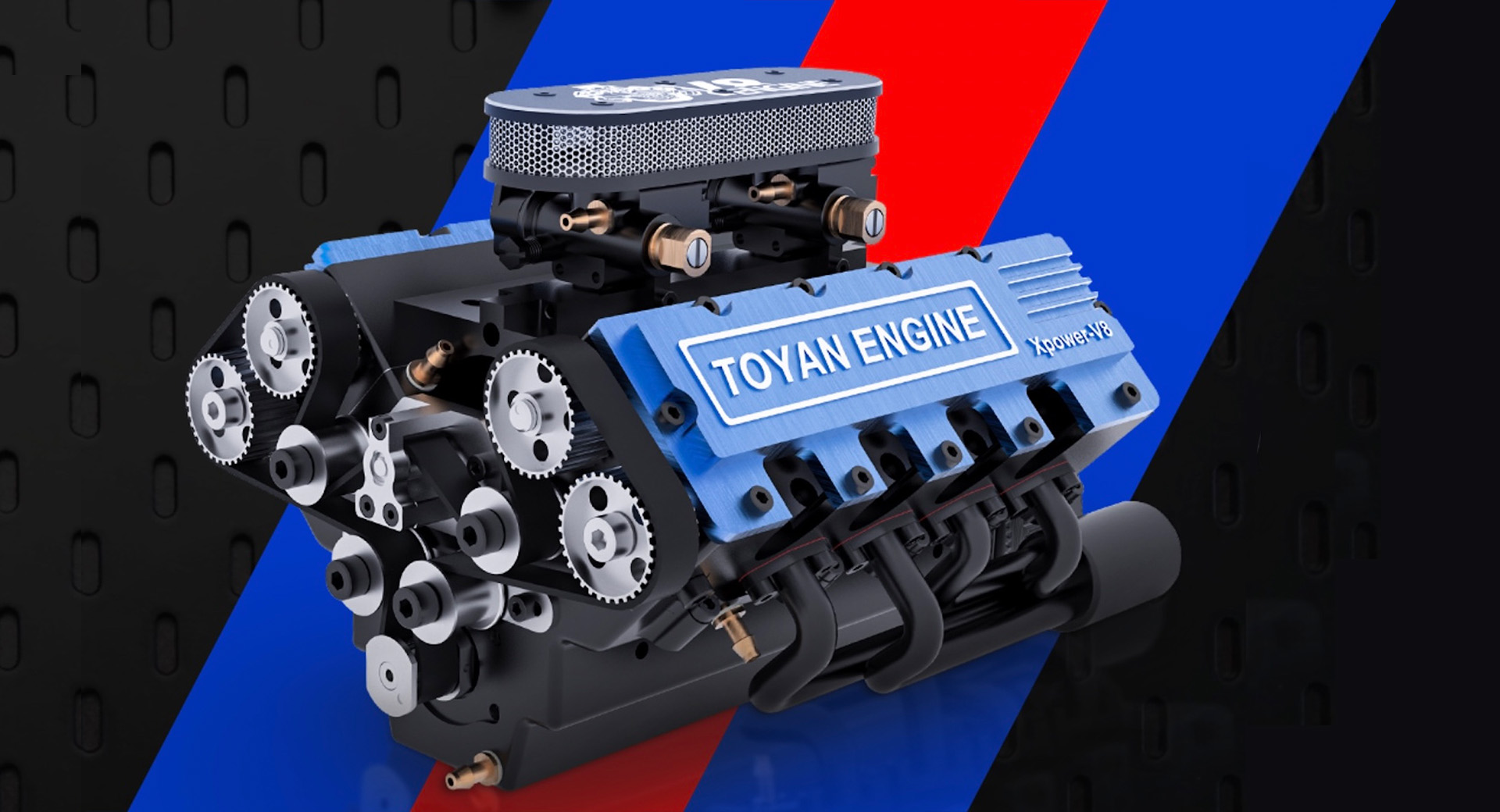 Every gearhead should build at least one engine in his lifetime. But it’s not so easy if you don’t have a garage and your girlfriend isn’t enthusiastic about the idea of sharing the living room with a tool chest and a filthy, partially dismantled LS V8.

One alternative that takes up fraction of the space is Toyan’s 1:10 scale Xpower V8, a working four-stroke engine that spins to 12,500 rpm, runs on methanol and has an air filter that looks a bit like the ones fitted to Ford’s legendary 427 V8s in the 1960s.

Toyan doesn’t mention the cubic capacity, though when the company first teased the idea of a V8 earlier this year it claimed 28 cc. We do know that it makes 4.3 hp (4.35 PS) at 11,500 rpm, though, which might be low in absolute terms, but is a pretty impressive specific output if that 28 cc figure is right.

Other than being small, Toyan’s V8 probably isn’t much good for swapping into a Miata. But it can be used to power RC cars, boats and planes, and would give any engine-building novice a great opportunity to learn how motors work, before maybe going on to build something bigger.

Related: Amalgam’s Ferrari 296 GTB Scale Model Costs More Than A Used Car But We Want It

According to RC geeks, some of Toyan’s earlier four-cylinder scale motors suffered from crank failures, but since the V8 was engineered after that fault was discovered and fixed, the mill should hopefully run smoothly. It certainly sounds pretty sweet in this video.

Less sweet-sounding is the price. Toyan says buyers signing up for a “Super Early Bird” offer will get their V8 for $1,450 on their website, suggesting that the price might rise once those initial spots are filled. We get it, this isn’t a cheap plastic toy, but an all-metal, fully-working engine, and if you’re into the RC scene, don’t have space to work on a real engine, or just want something really cool to build and occasionally fire up on your desk, then it might be just what you’re looking for. But at that price you’re not far off the price of a junkyard LS V8 and a rebuild kit. We know which we’d find more useful. And hey, your girlfriend will get used to the mess after a few weeks. 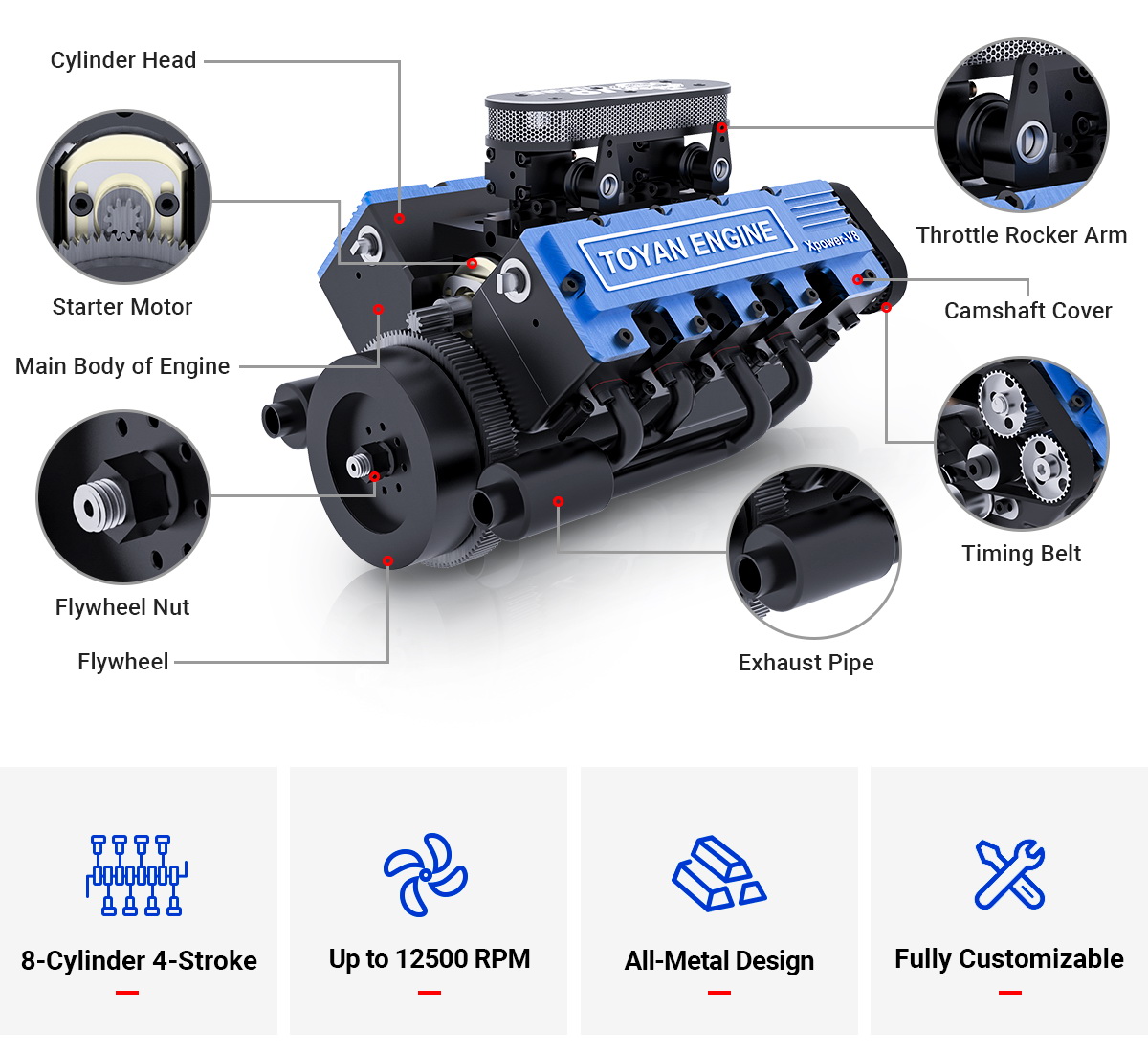